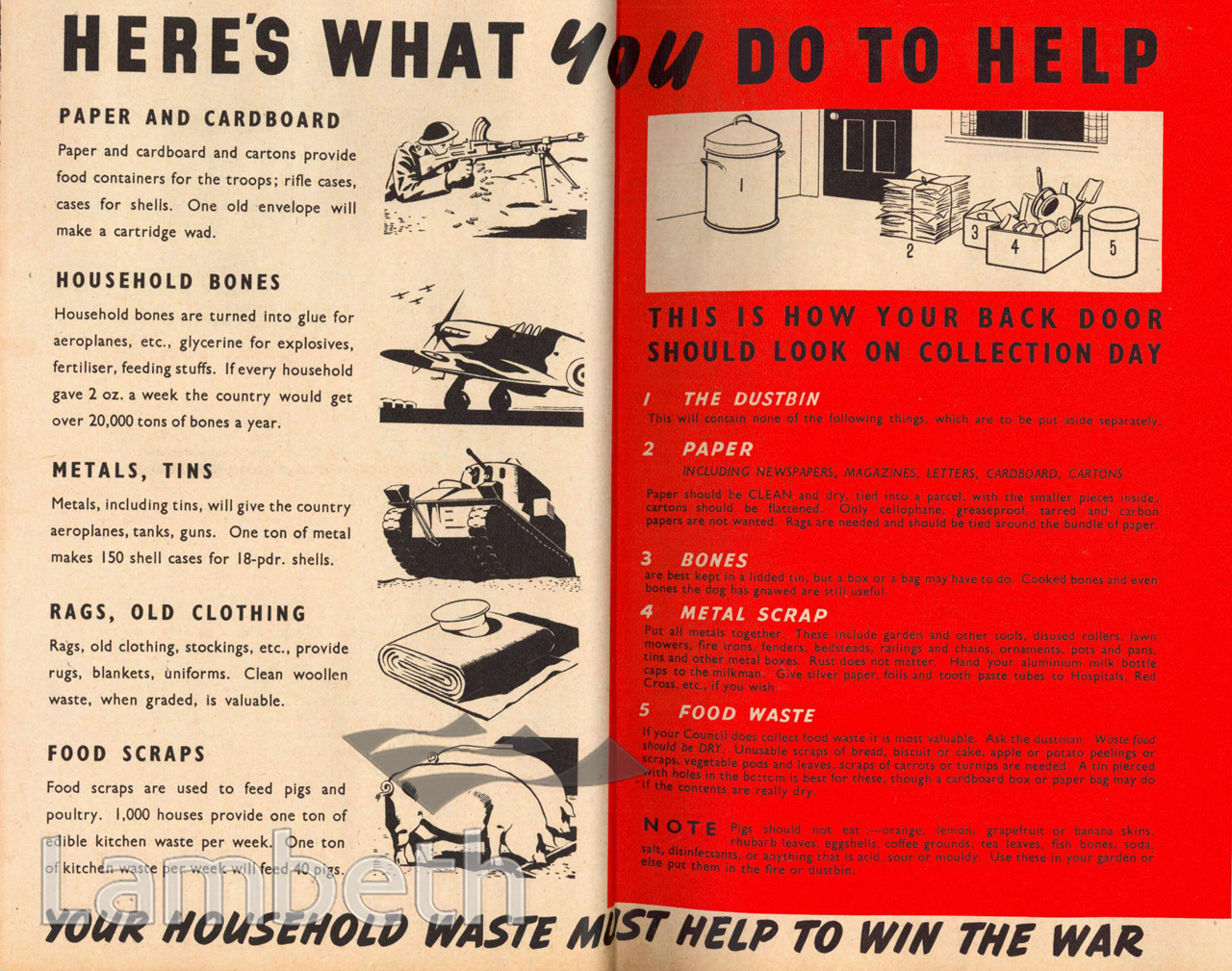 A recycling leaflet issued by the Ministry of Supply in August 1940 asking housewives to recycle paper, bones, metal and food scraps during the war. This was part of the government's campaign designed as much to maintain morale and readiness, as to contribute to the war effort.From a series of albums containing newspaper and magazine clippings, assorted ephemera and a diary, kept by Mrs Lucy Awdry of 14 Franconia Road, Clapham, for the duration of World War II and recording wartime life in London. During the war Mrs Awdry volunteered with the Women's Voluntary Service (WVS) assisting with fire watch duties and also at the Clapham War Savings Centre. From the Lambeth Archives Home Front project 2005.
#1926 - 1950  #FOOD AND DRINK  #Home Front Project 2005  #WAR AND ARMED FORCES
⇐LETTER REGARDIN...