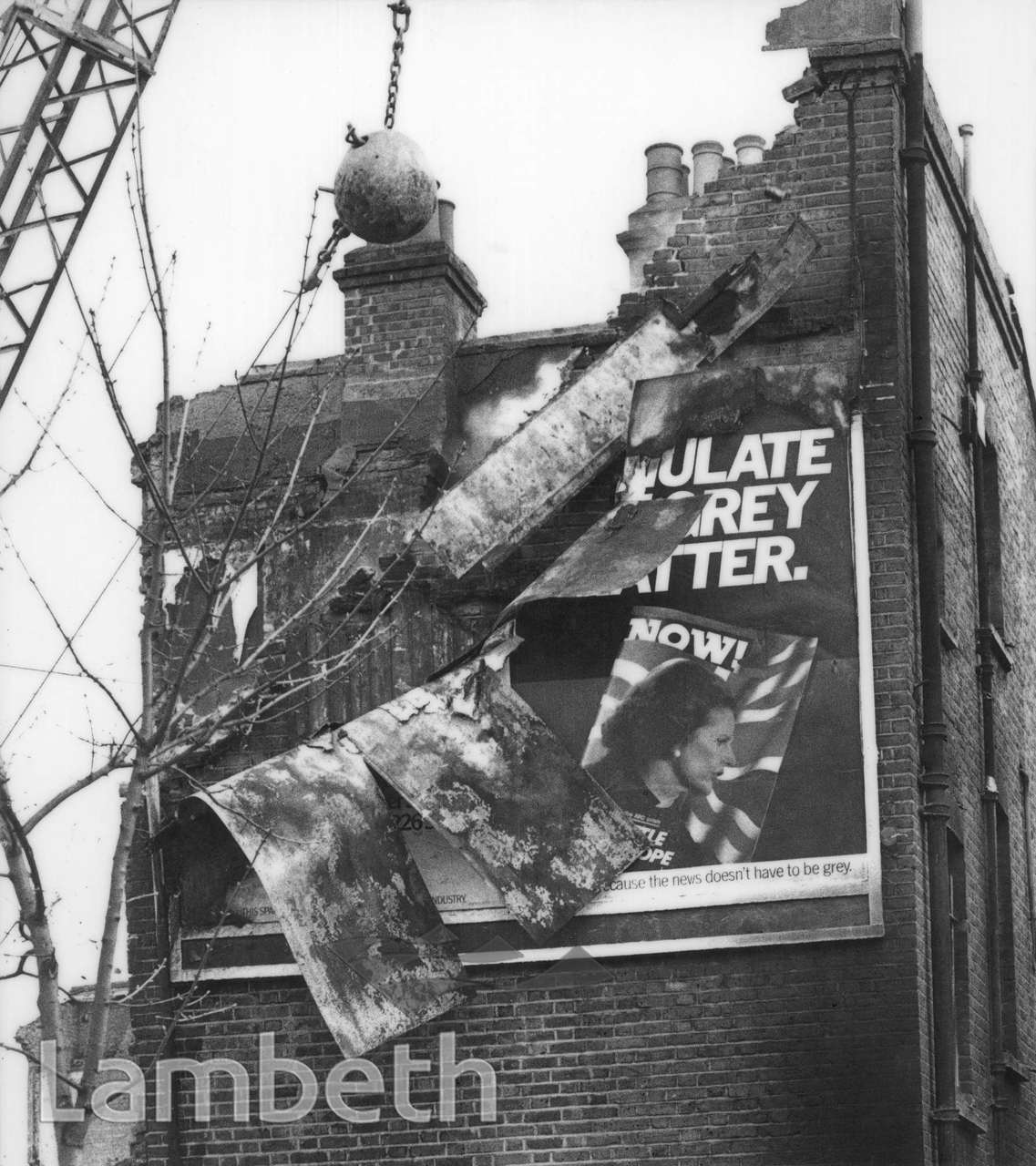 The demolition of housing in Railton Road, Brixton, on 12th April 1981, after riot damage includes an advert for Now! magazine featuring Prime Minister Margaret Thatcher. Image captioned: 'The Brixton Front Line area, Railton and Mayall Roads and the surrounding complex of streets, was made famous by the riots, but has long been a ghetto and slum area. The neighbourhood was a victim of the Brixton Centre Plan, and also suffered from property speculation and private landlordism, housing left empty, or tenanted and not maintained. It's no surprise that poor people, the homeless, victimised minorites of all kind, gambling houses and unlicensed clubs move into an area like this'.From 'As Safe As Houses', an exhibition on short-life housing in Lambeth put together in 1981 by Julian Quan with photographs by Peter Murphy.
#1976 to date  #BRIXTON CENTRAL  #BUILDINGS / ARCHITECTURE  #Carlton Mansions Archive  #HOUSING  #Photograph
⇐CARLTON MANSION...