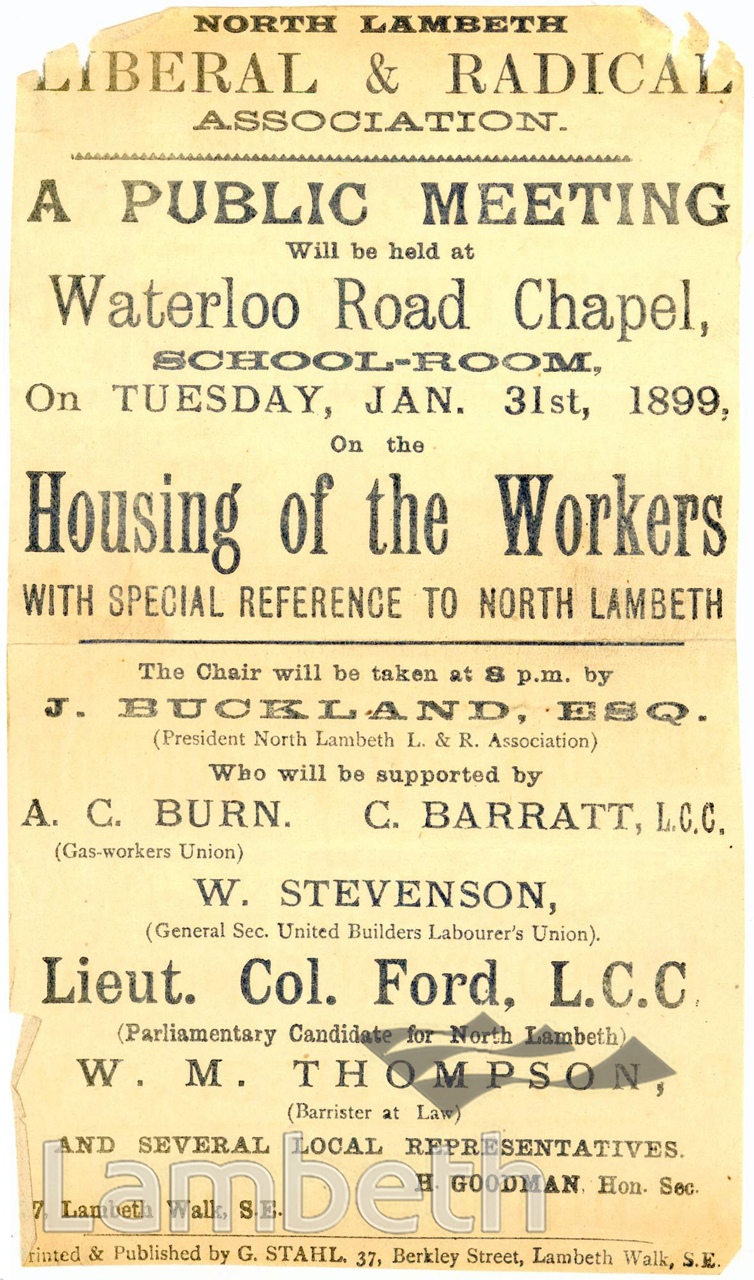 Poster for a meeting; 'Housing of the Workers' held by the North Lambeth Liberal & Radical Association at the Waterloo Road Chapel on 31st January 1899. Speakers included Col. Ford, L.C.C. and the meeting raised a petition to prevent the London & South Western Railways displacing workers in North Lambeth without rehousing them. The railways were at the time widening their lines and increasing the size of Waterloo Station. Attending the meeting a Mr Pymm, Lambeth resident since the 1840s, noted that he had seen accommodation for the working class getting smaller, gardens disappearing, comfortable dwellings replaced with apartments and exhorbitant rents being charged. The Lambeth Vestry was 'determined to defend the poor and artisan classes from being hunted out of their homes like rabbits from a warren without a penny compenstation'. From a political scrapbook of the North Lambeth constituency.
#1876 - 1900  #CELEBRATIONS AND EVENTS  #FESTIVALS  #POLITICS  #WATERLOO
⇐COLONEL CHARLES...