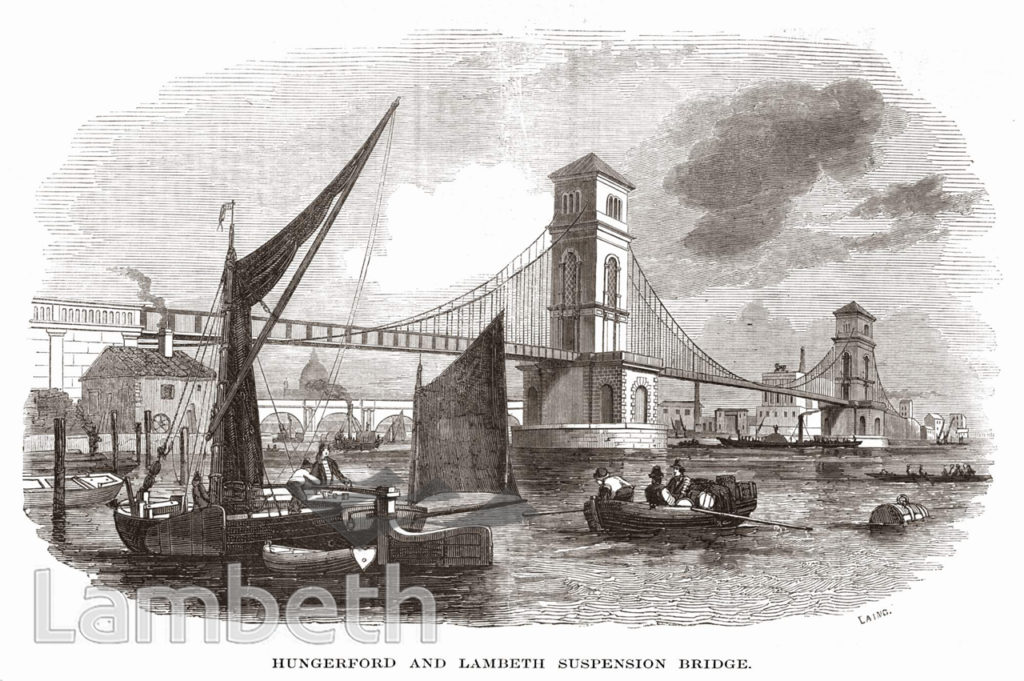 The Hungerford and Lambeth Suspension Bridge was constructed by I K Brunel for foot passengers and officially opened on 18th April 1845. The foundation stone was laid in 1841 and the total construction cost was Â£110,000, using 11,000 tons of iron. The two towers were designed by Mr Bunning and, with 676 feet between them, it was the largest span of any bridge in Britain when built. The toll levied was a halfpenny per person and income was also anticipated from passengers embarking from piers accessed by stairs though each tower. The bridge was converted into Hungerford railway bridge in 1860-64.Ref: The Builder, Vol.3, No.114, p.174. April 12 1845.