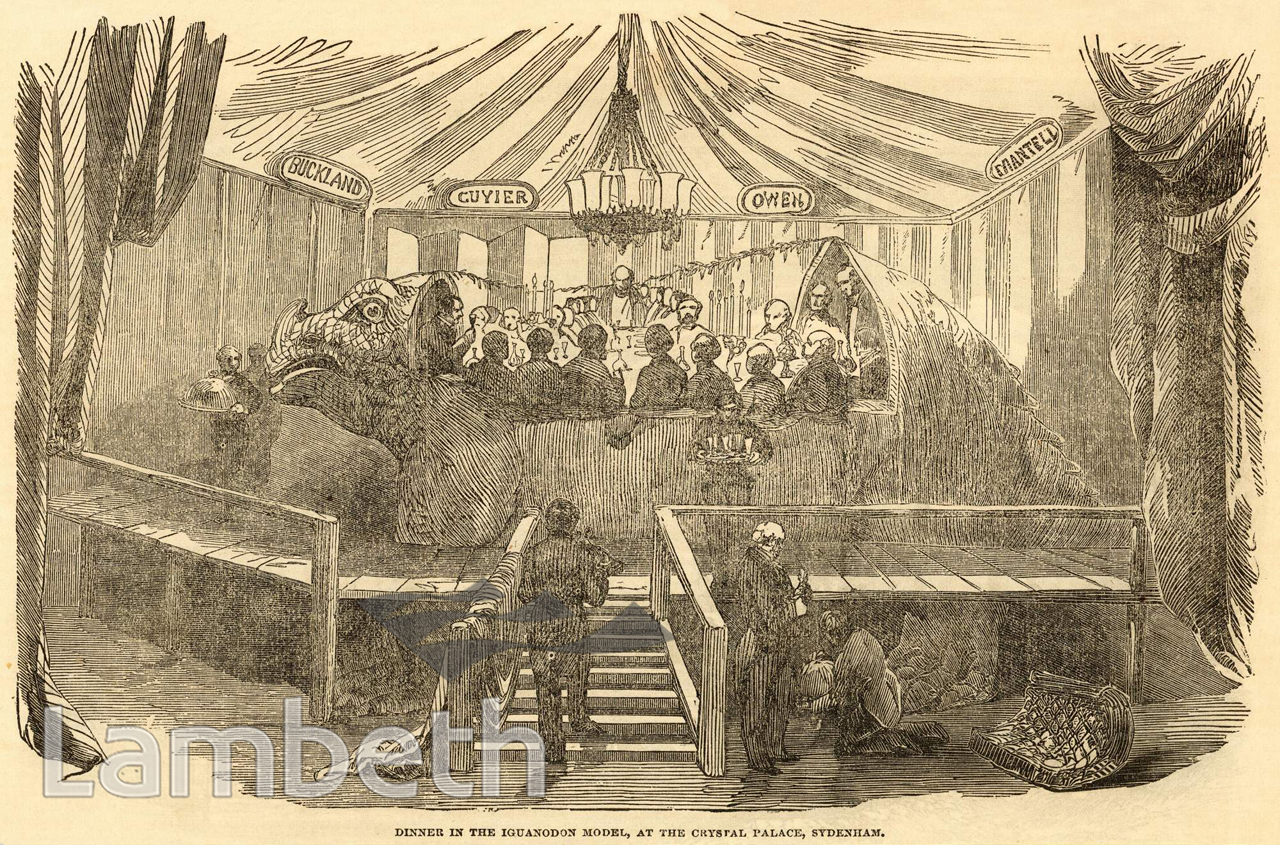 A dinner being hosted in the Iguandon at the Crystal Palace, Sydenham. This was one of several large models erected in the park surrounding the re-assembled Palace, and being placed 'in appropriate vegetation, [with] animals of the Secondary and others of the Tertiary Period.'Engraving from the Illustrated London News, dated 7th January 1854.
#1850 - 1875  #COMMERCE AND INDUSTRY  #Engraving  #RIVERS AND WATERCOURSES  #TRADE  #UPPER NORWOOD
⇐SALVAGE EQUIPME...