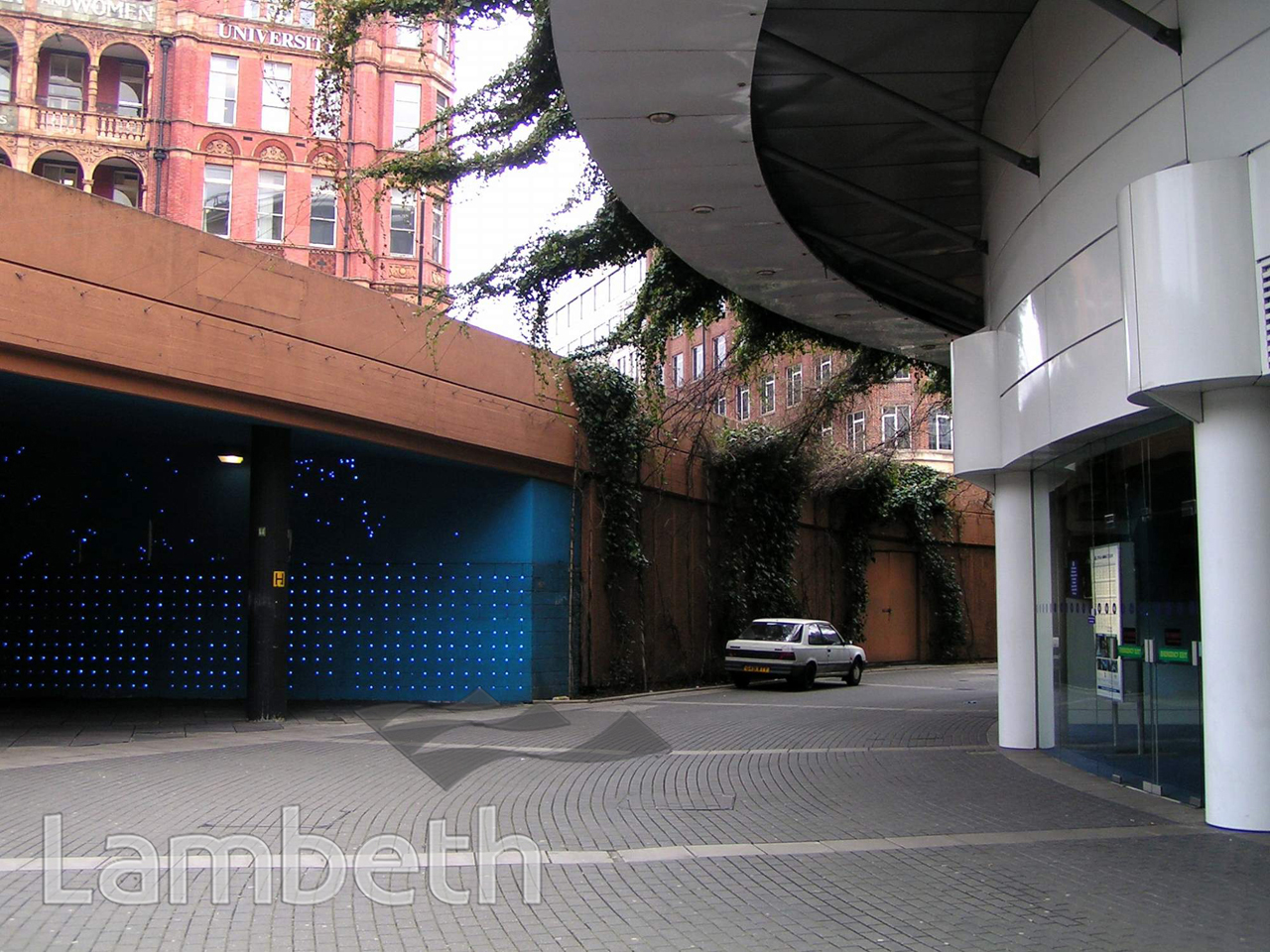 The walkway around the Imax cinema with the former Royal Waterloo Hospital for Children and Women behind. The cinema was created in 1998/99 on the roundabout at the southern end of Waterloo Bridge by the architects Avery Associates for the British Film Institute. It has Britain's largest screen at 26 metres wide and 20 metres high, and seats 477 people. Digital image courtesy of Penelope Gretton, 2005.
#1976 to date  #ENTERTAINMENT  #Penelope Gretton Photographer  #Photograph  #WATERLOO
⇐HAYWARD GALLERY...