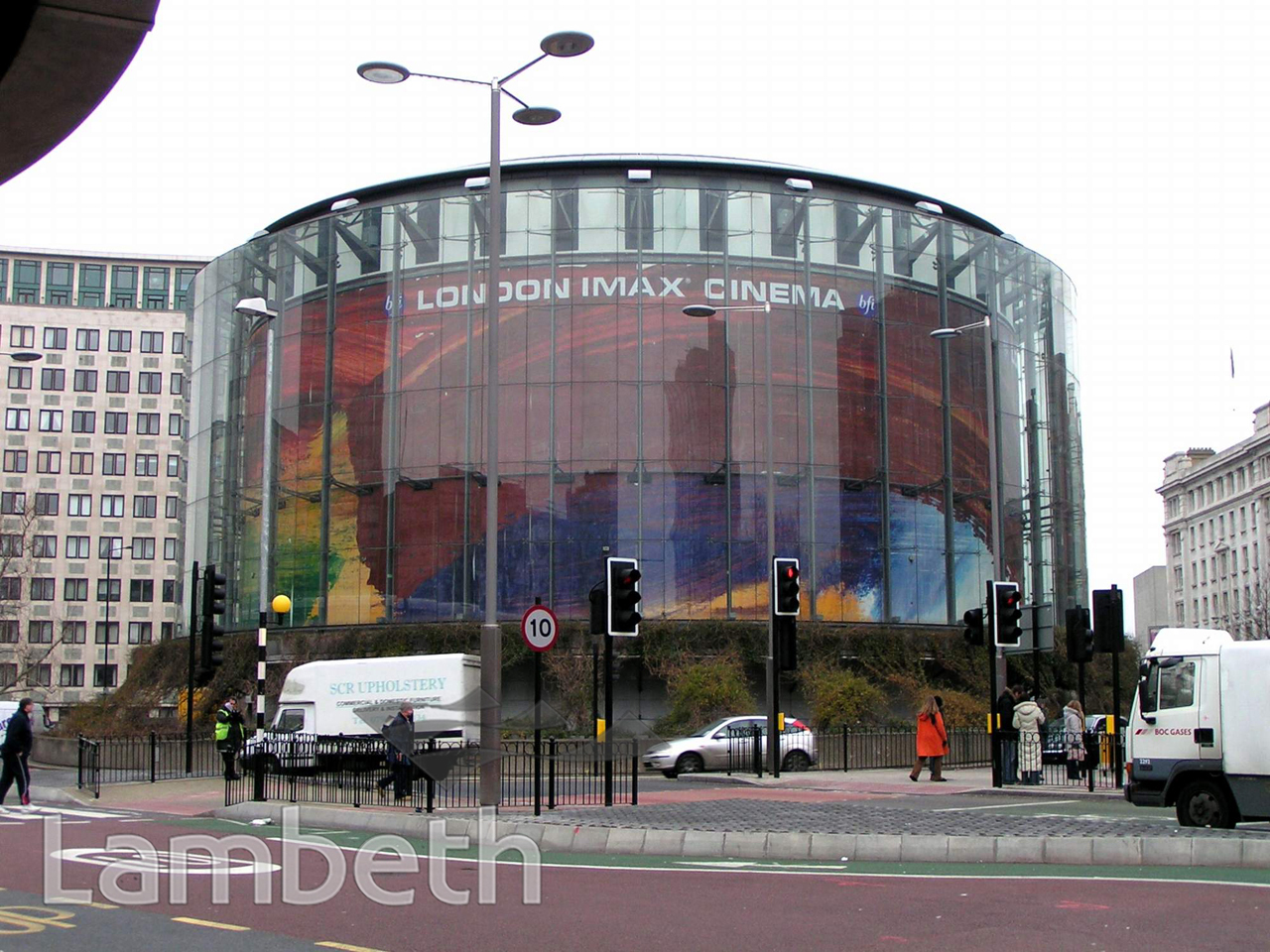 The London Imax Cinema was created in 1998/99 on the roundabout at the southern end of Waterloo Bridge by the architects Avery Associates for the British Film Institute. It has Britain's largest screen at 26 metres wide and 20 metres high, and seats 477 people. The exterior was initially decorated with this large mural by the artist Howard Hodgkin, but soon was replaced by advertising billboards. Digital image courtesy of Penelope Gretton, 2005.
#1976 to date  #BUILDINGS / ARCHITECTURE  #ENTERTAINMENT  #Penelope Gretton Photographer  #Photograph  #ROADS AND STREETS  #WATERLOO
⇐HAYWARD GALLERY...