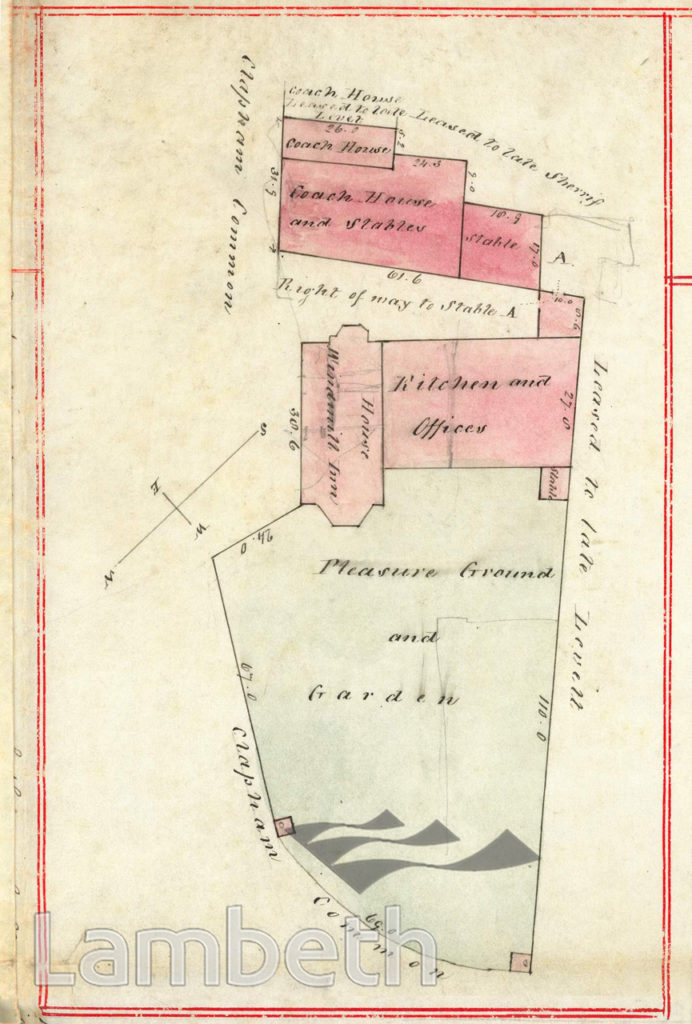 'Lease of public house called The Windmill situate at Clapham in the County of Surry'. A detailed map from an indenture dated 15th March 1833, between William Atkins of Braywick Grove and Charles Allen Young & Anthony Fothergill, brewers of Wandsworth. The lease was granted for 21 years at a yearly rent of Â£90.Ref: IV/115