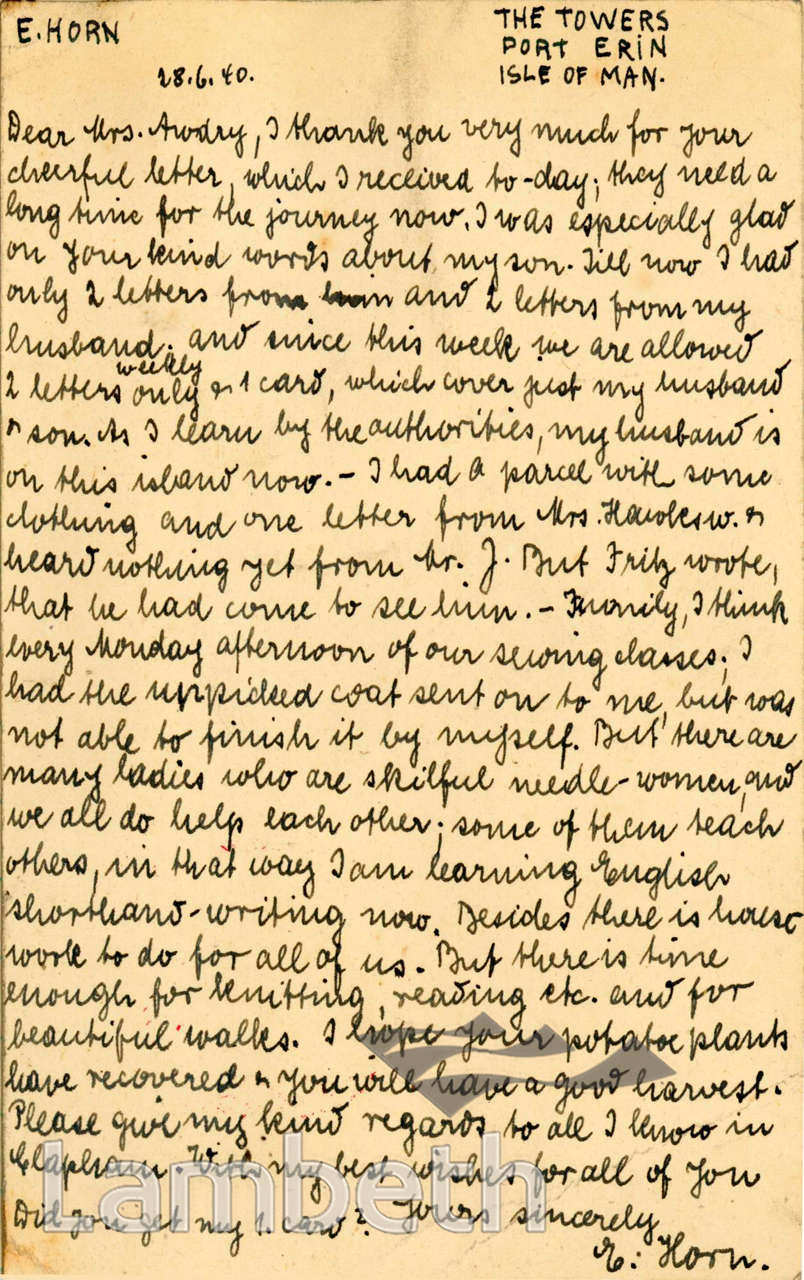 Letter written to Lucy Awdry from Mrs E Horn of Clapham, who was interned at Port Erin on the Isle of Man as an enemy alien. Mrs Awdry notes in her diary that Mrs Horn was 'taken to Port Erin (not imprisoned)' and this letter implies that life there was not too hard. To guard against enemy agents, in May of 1940 all German and Austrian males resident in Britain and aged between 16 and 60 years, were rounded up by the police for internment, about 3,000 men were affected. Soon all German and Austrian women and children were also interned, some for the duration of the war and others were exchanged for British prisoners of war.From a series of albums containing newspaper and magazine clippings, assorted ephemera and a diary, kept by Mrs Lucy Awdry of 14 Franconia Road, Clapham, for the duration of World War II and recording wartime life in London. From the Lambeth Archives Home Front project 2005.
#1926 - 1950  #Awdry Collection  #LAW AND ORDER  #WAR AND ARMED FORCES
⇐ARP WARDEN CART...