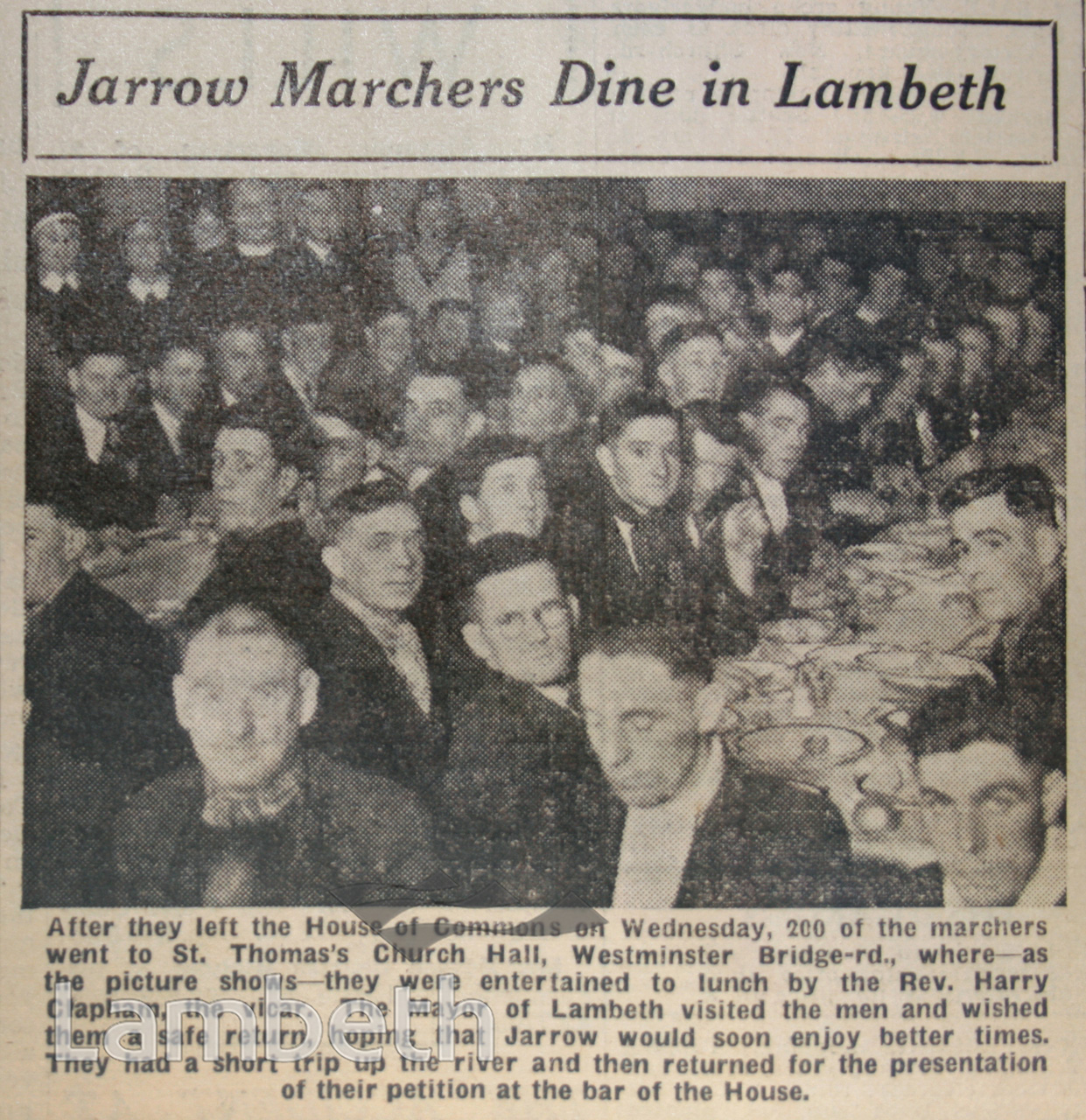 200 unemployed men from Jarrow at a meal organised in St Thomas's church hall in Westminster Bridge Road, by the vicar, Rev. Harry Clapham. The Lambeth Mayor also attended. The men marched to London to present their petition to parliament calling for investment in industry for the town to help end unemployment and poverty. The 'hunger marches' were organised by the National Unemployed Workers' Movement but were not supported by the Labour party or TUC due to the movement's communist origins. From South London Press dated 6th November 1936.
#1926 - 1950  #LAMBETH  #POLITICS  #Print
⇐W. AUSTIN CLARK...