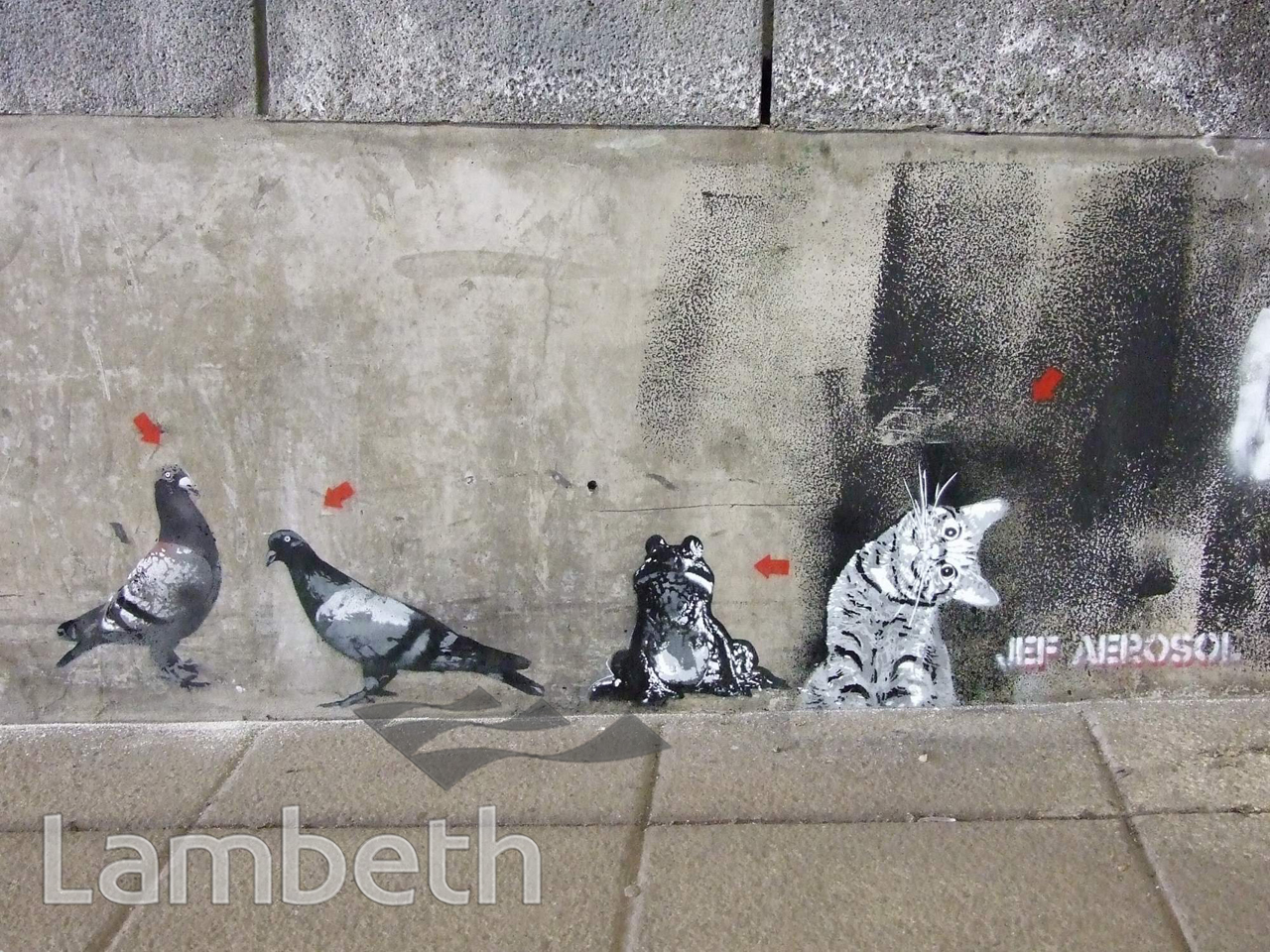 Detail of an artwork at the Cans Festival, Leake Street, Waterloo, by French artist Jef Aerosol (born Nantes 1957) who lives and works in Lille. He began stencilling in 1982 and was influenced by 1970s-80s underground rock bands. The Festival, which ran from 3rd-5th May, was organised by Pictures on Walls and Blank Expression with the permission of the British Rail Residuary Board and Department of Transport. It was the world's largest exhibition of stencilled street art, and featured over 40 international artists, attracting 30,000 visitors. Digital image dated 3rd May 2008. From the Graffiti Gallery recording Lambeth's urban art.
#1976 to date  #Digital  #ENTERTAINMENT  #STREET FURNITURE  #WATERLOO
⇐ST MARK’S...