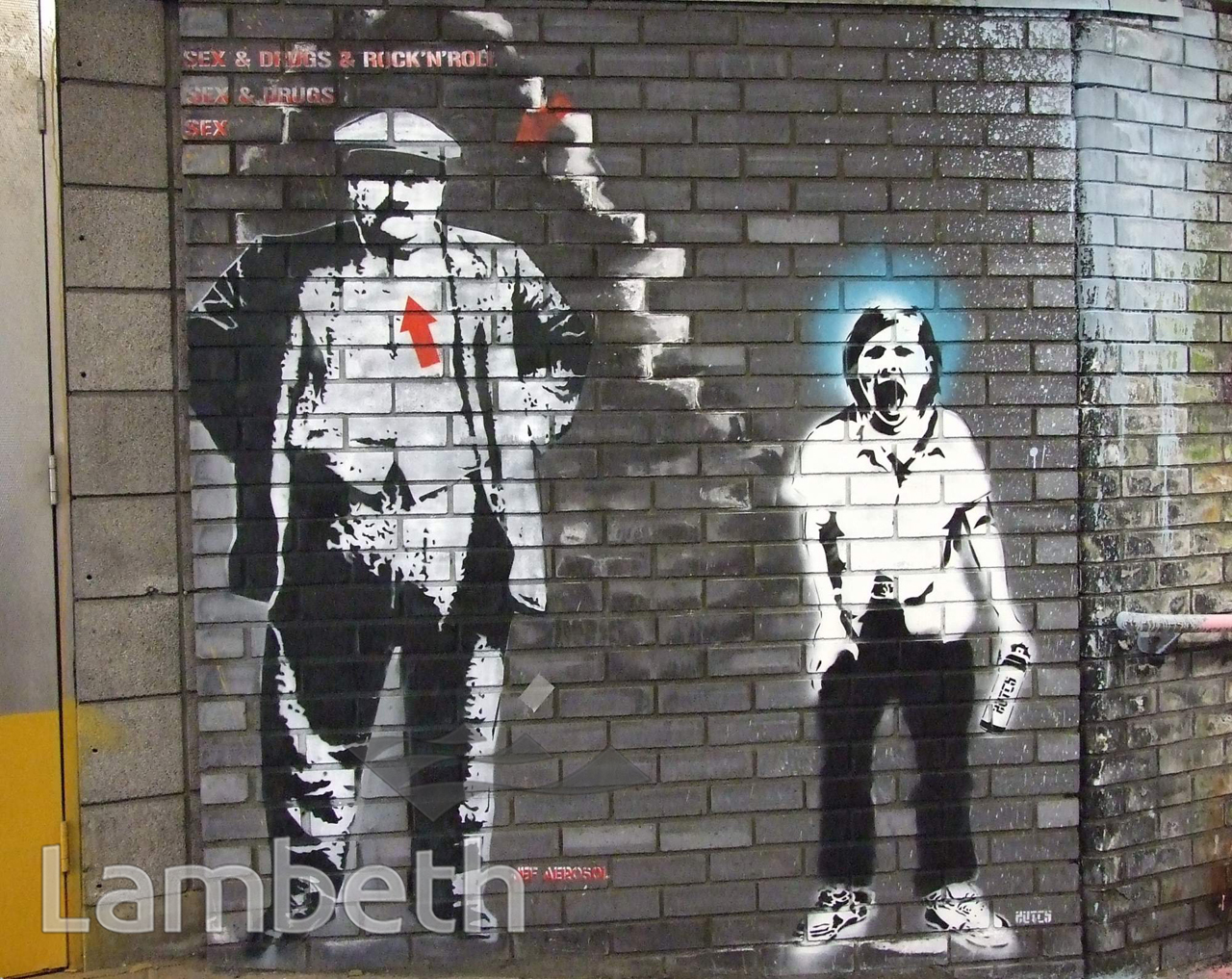 Artworks by French artist Jef Aerosol (left) and Brighton-based Hutch (right) at the Cans Festival, Waterloo. Hutch has 20 years experience of screen printing and his influences arise from his passion for erotica, music and urban street art. His work has found it's way onto surfaces varying from canvas to cardboard, wood to walls and from pavement to human skin. Jef Aerosol (born Nantes 1957) lives and works in Lille. He began stencilling in 1982 and was influenced by 1970s-80s underground rock bands. He remarks that this artwork depicts a "moody French farmer, with his beret and cross expression and the caption is 'sex & drugs & rock'n'roll' !"The Festival, which ran from 3rd-5th May, was organised by Pictures on Walls and Blank Expression with the permission of the British Rail Residuary Board and Department of Transport. It was the world's largest exhibition of stencilled street art, and featured over 40 international artists. Digital image, 7th May 2008. From the Graffiti Gallery recording Lambeth's urban art.
#1976 to date  #Digital  #ENTERTAINMENT  #STREET FURNITURE  #WATERLOO  #WELFARE AND SOCIAL INSTITUTIONS
⇐C215 ARTWORK, C...