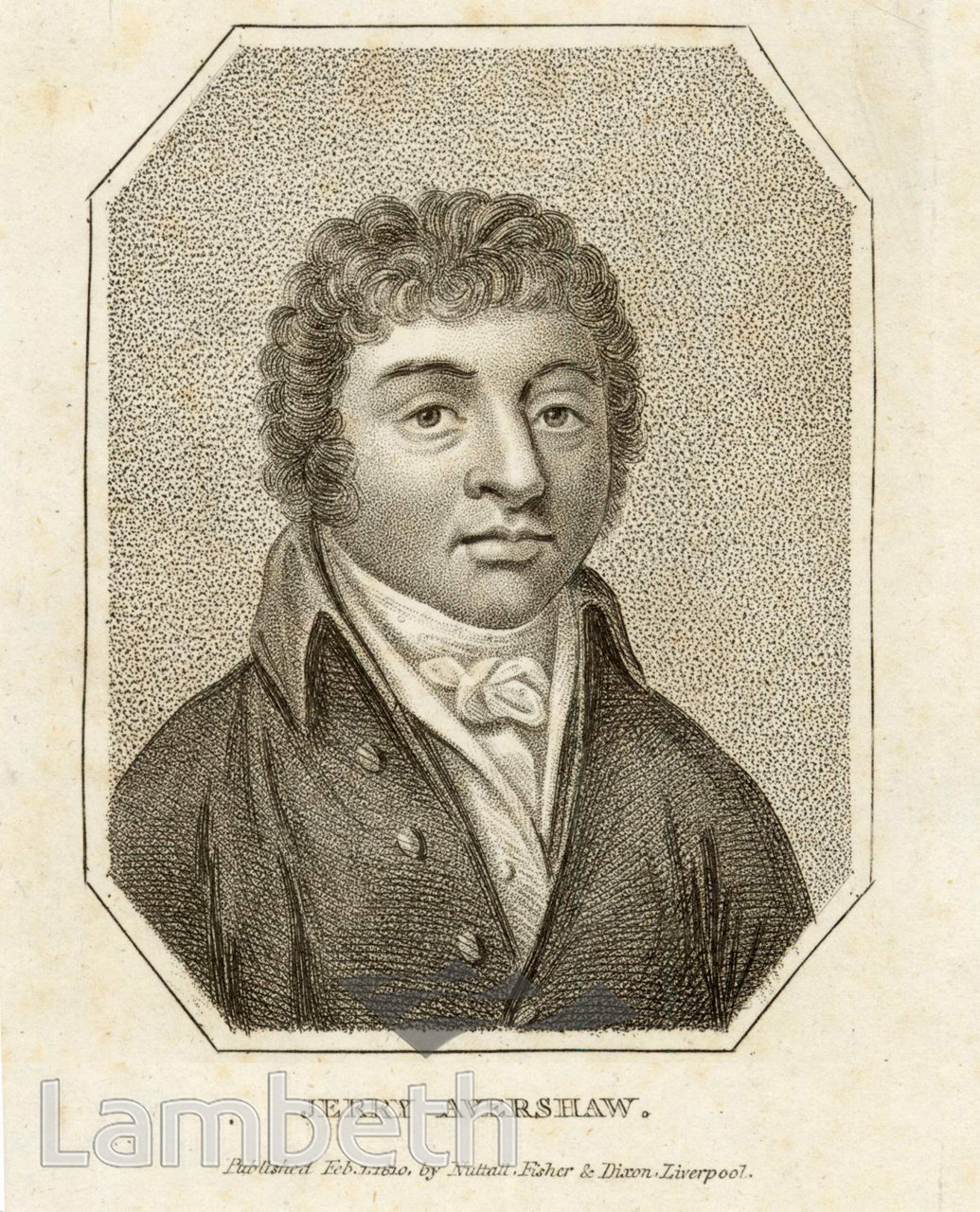 Jerry Avershaw, who was executed at Kennington Common on 3rd August 1795. Born in 1773, Avershaw by the age of 17 was the ringleader of a band of highwaymen. He was caught at the Three Brewers Inn at Southwark by two Bow Street runners. When he arrived at the gallows he removed his boots and joked to the crowd that he wished to disprove his mother's prediction that he'd die with them on. The triangle of land between Brixton and Kennington Park Roads, and the site of the church and burial ground, was known as Gallows Common, having been used as a place of execution from 1678 to 1799. The last hanging was a Mr Badger from Camberwell Green, sentenced to death for forgery.Engraving published 1st February 1810.
#-Before 1850  #Engraving  #LAW AND ORDER  #People
⇐OVAL GAS WORKS,...