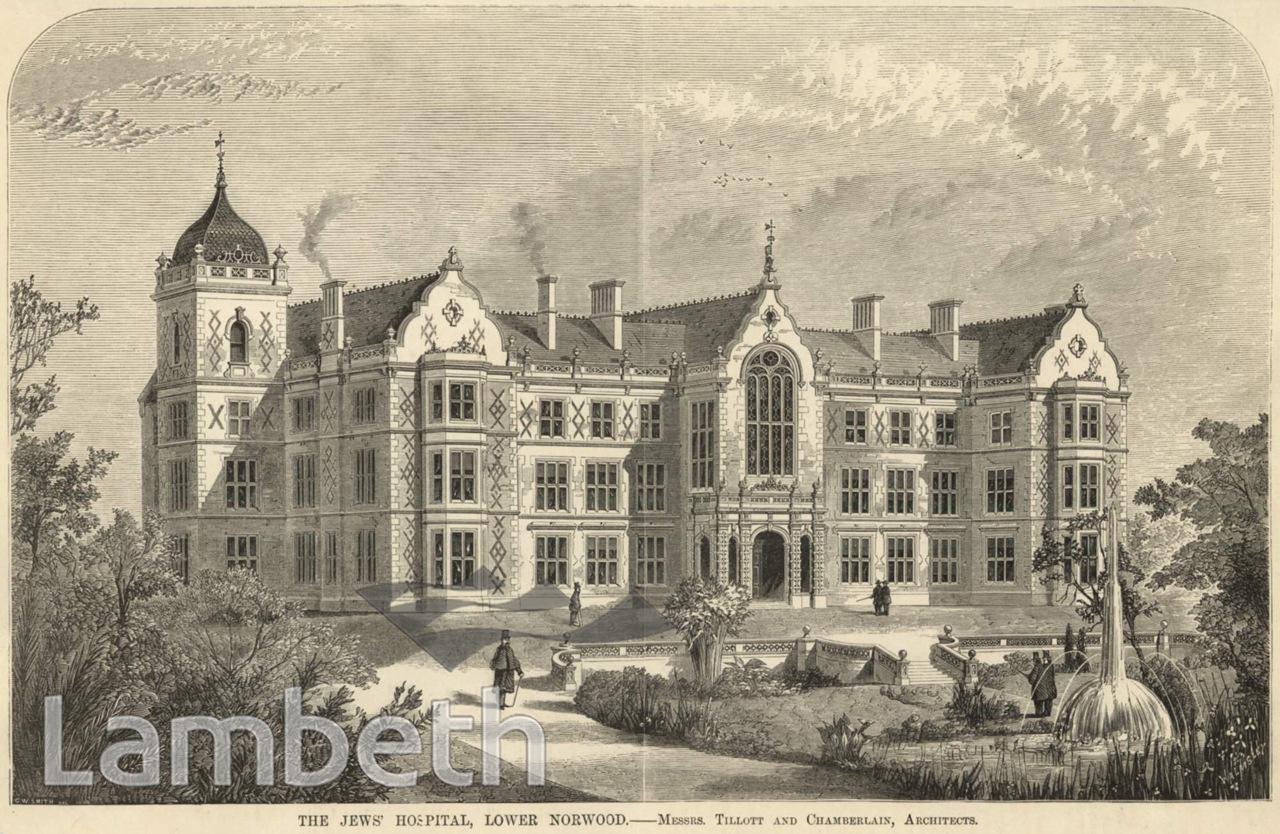 The Jew's Hospital and Orphan Asylum on the west side of Knight's Hill was designed by Messrs Tillott and Chamberlain and opened in 1863. Originally part of one of the oldest Jewish charitable institutions in England which was founded in 1806 by B & A Goldsmid in Mile End as a orphanage and hospital. It moved to Norwood in 1861 when Mr Barnet Meyers gave this nine and a half acre site to the charity. The orphanage continued until the children were evacuated during World War II, with the main building eventually closing in 1961 and demolished. Engraving from The Builder, 19th July 1862.
#1850 - 1875  #BUILDINGS / ARCHITECTURE  #Engraving  #People  #RELIGION  #WELFARE AND SOCIAL INSTITUTIONS  #WEST NORWOOD
⇐CYCLE CLUB, WES...