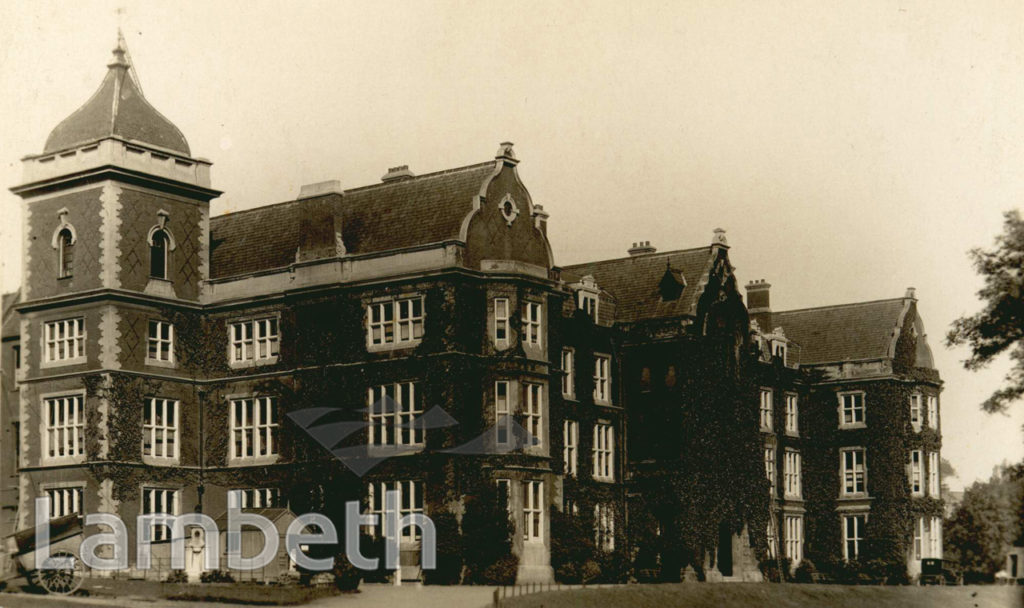 The Jew's Hospital and Orphan Asylum on the west side of Knight's Hill was designed by Messrs Tillott & Chamberlain and opened in 1863. Originally part of one of the oldest Jewish charitable institutions in England founded in 1806 by B & A Goldsmid in Mile End as a orphanage and hospital. It moved to Norwood in 1861 when Mr Barnet Meyers gave this nine and a half acre site to the charity. The orphanage continued until the children were evacuated during World War II, with the main building eventually closing in 1961 and demolished.Ref: PC/SP 5295