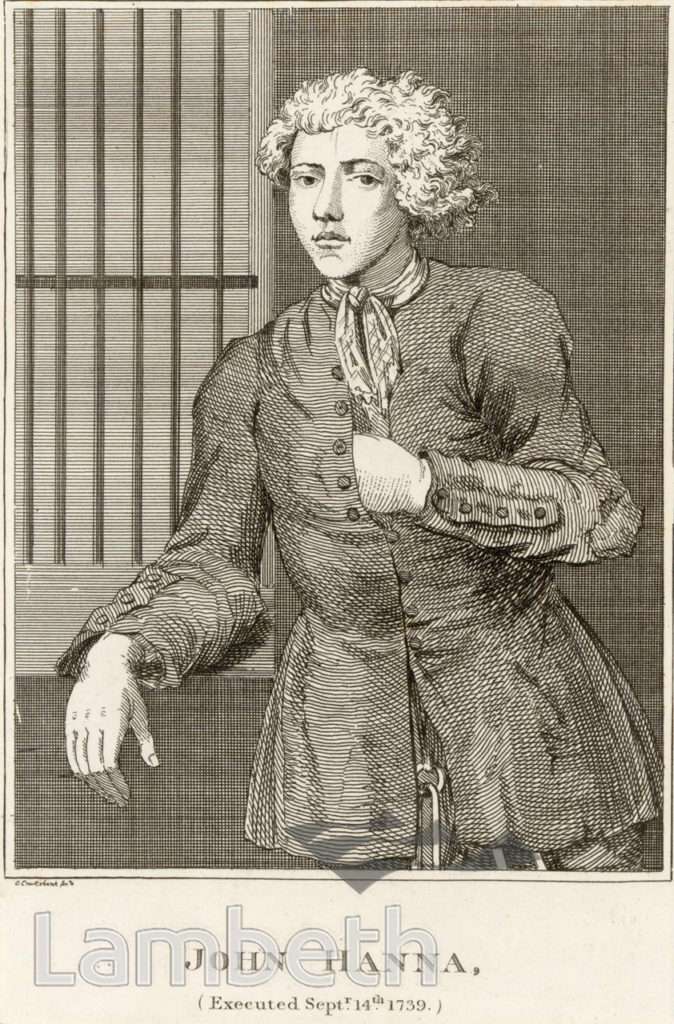 John Hanna, executed on Kennington Common, September 14th 1739 for perjury and robbery. After his death his body was given over to the surgeons. The triangle of land between Brixton and Kennington Park Roads and the site of the church and burial ground was known as Gallows Common having been used as a place of execution from 1678 to 1799. The last hanging was a Mr Badger from Camberwell Green, sentenced to death for forgery. Steel engraving by G.Cruikshank.Ref: SP 143