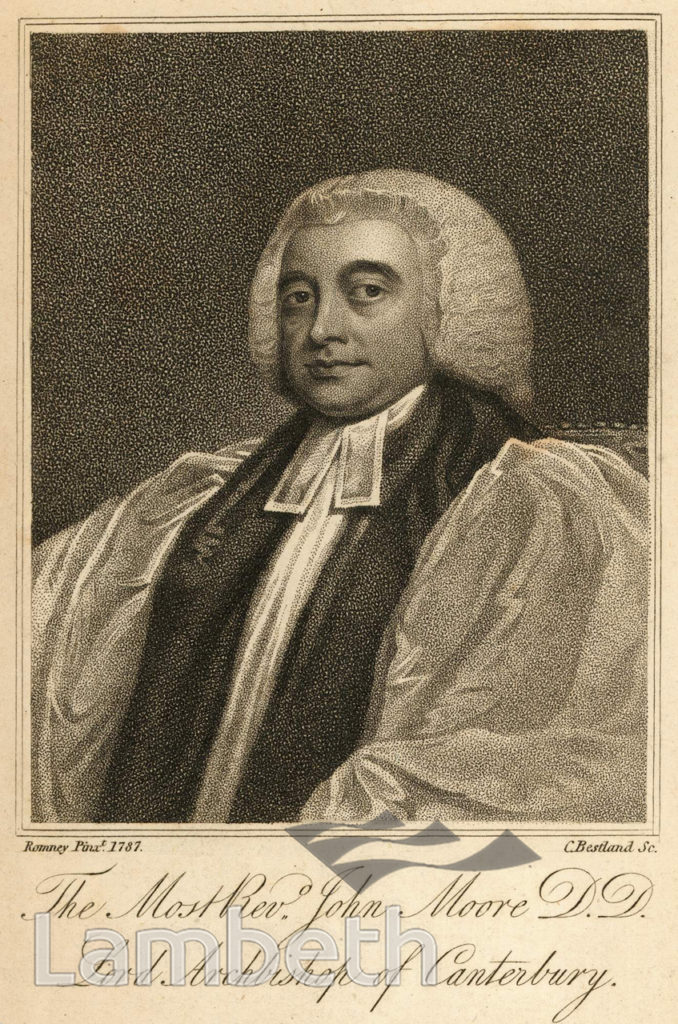 John Moore was Archbishop of Canterbury from 1793-1805. He consecrated the first American Bishops after the War of Independence and is buried in St Mary-at-Lambeth, where grateful American churchmen donated the West Window in his memory. Engraved by C. Bestland after a painting by Romney of 1787. From 'History & Antiquities of Lambeth Palace'.Ref: 12/187