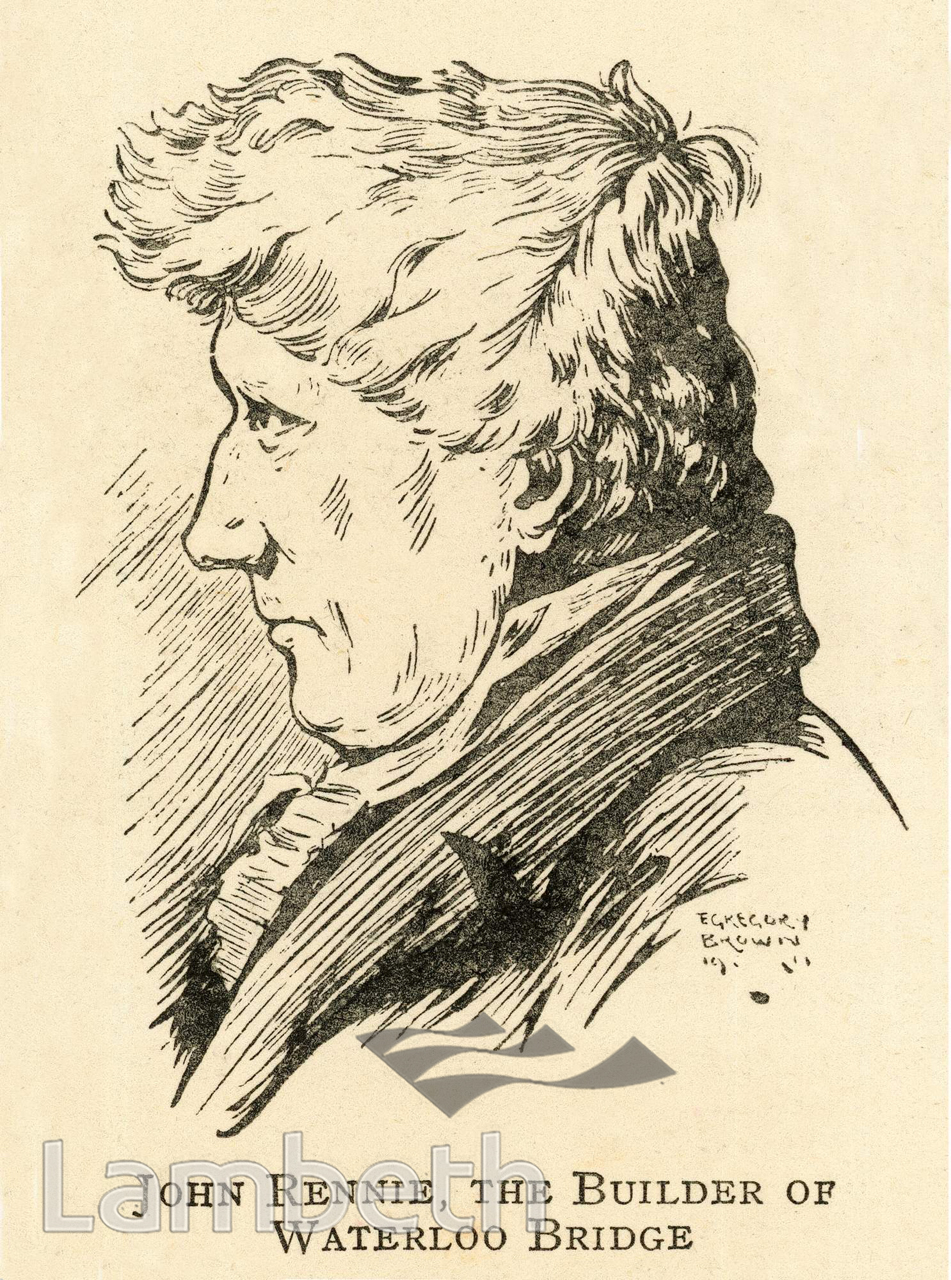 John Rennie FRS (1760-1821) the engineer, was a son of a Scottish farmer who initially became a schoolmaster then master millwright. He was approached to design Waterloo Bridge in 1809. The foundation stone was laid in 1811, but did not open until 1817. He wrote to a friend after the opening ceremony, 'I had a hard business to escape knighthood at the opening'. Drawn by E Gregory Brown, c.1905From: London Stories
#-Before 1850  #BRIDGES  #Print  #RIVERS AND WATERCOURSES  #Surrey-ana  #WATERLOO
⇐ICE AGE MAMMOTH...