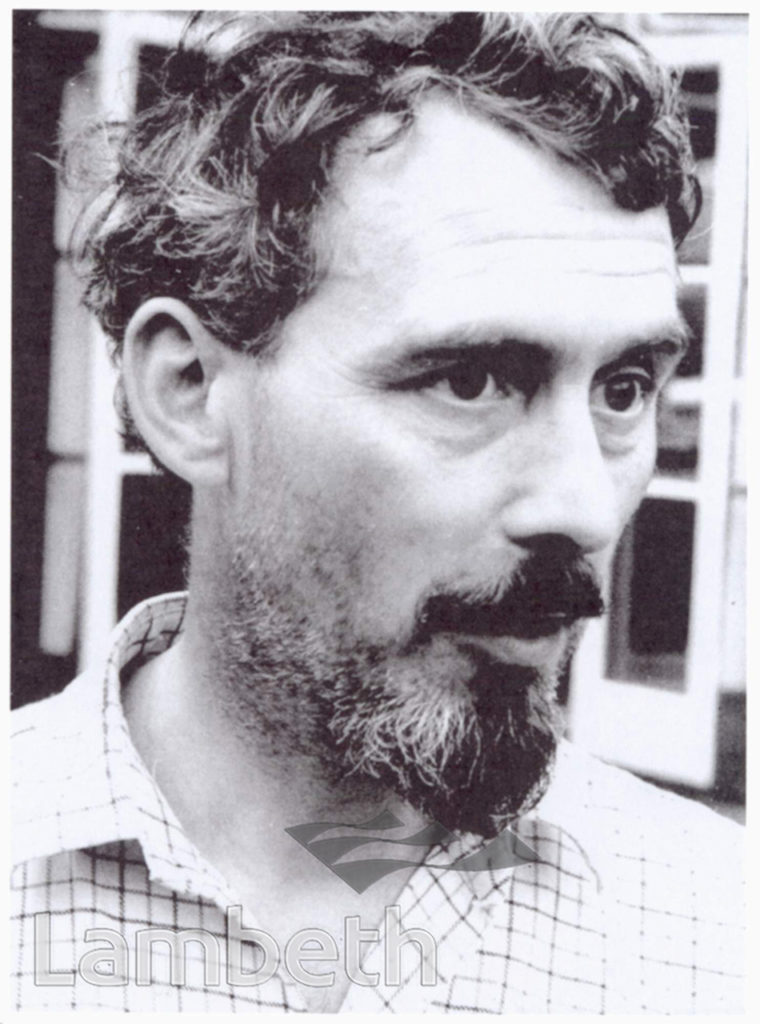 Photograph of Keith Godwin (1916 -1991), sculptor of the statue of Neptune, wall of 'Sea and Ships' pavilion at The Festival of Britain,1951, South Bank, Waterloo. Godwin was one of the team of sculptors formed in 1950 to open a new department at Hammersmith School of Art, which he left in 1967 to become head of the Manchester school of sculpture. He worked with traditional materials as well as new plastics and long fibre woven textiles.Ref: SPd 3681