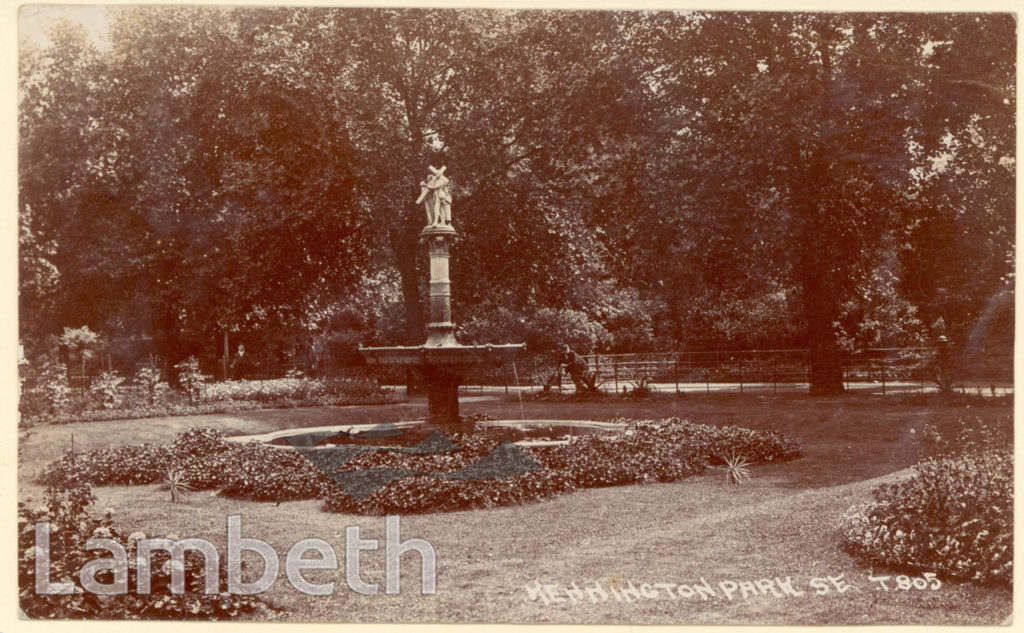 A view in Kennington Park showing the fountain donated by Sir Henry Doulton in 1869, with figures sculpted by George Tinworth and titled ‘The Pilgrimage of Life’. They were smashed by vandals in November 1981 and with only a few fragments surviving, the group was considered unrestorable. Postcard, c.1907. Ref: P/C Albums.