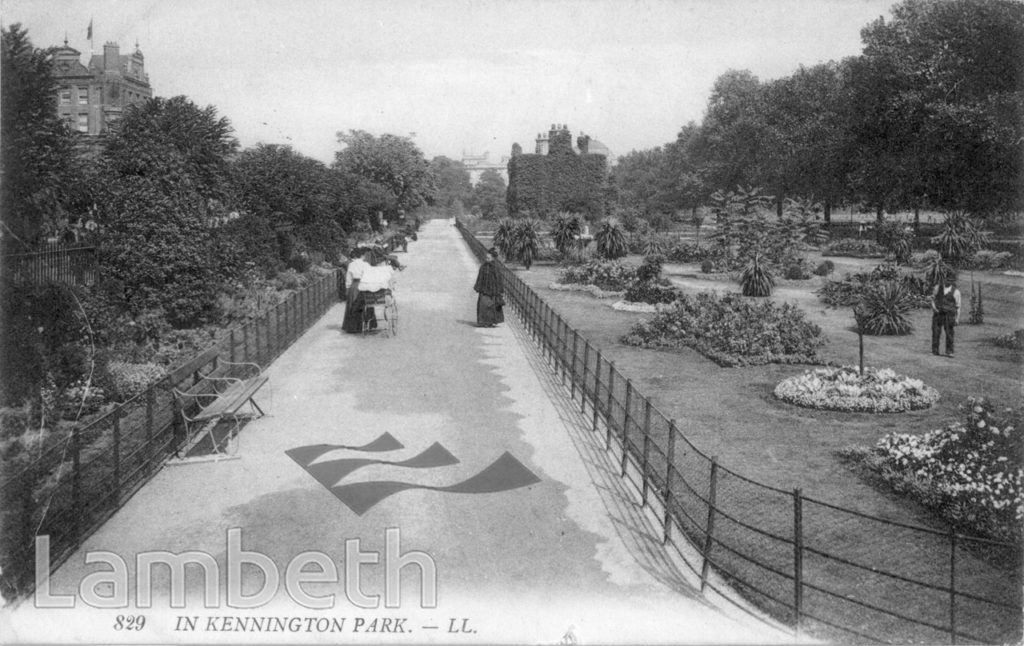 A view in Kennington Park looking north east, with the Horns Tavern beyond on the left. The seven-year battle to create the park on the site of Kennington Common was mainly undertaken by Mr Oliver Davis of No.5 The Terrace. Some 200 copyholders with rights to the Common had to be traced and an Act of Parliament had to be passed, but with the help of Mr Adam, Rev. Charlton Lane and Prince Albert, he succeeded in 1851. To obtain the necessary Act, the government insisted that the area was enclosed and Â£1,000 was raised for railings, with Prince Albert contributing Â£200. From the Postcard Collection. Ref: P/C Albums