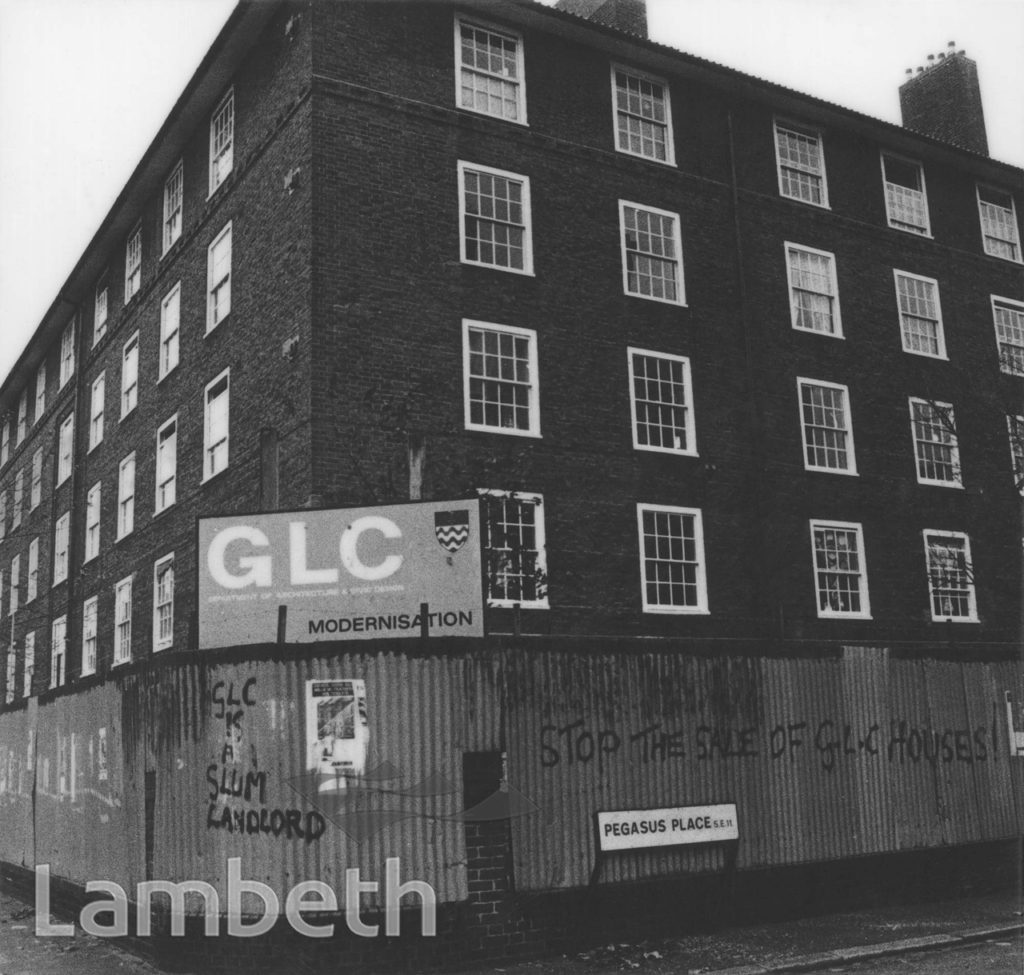 Fenced-off Kilner House, Clayton Street, Kennington, with graffiti protesting - 'GLC Slum Landlord' and 'Stop the Sale of GLC Homes'. Image captioned; 'Kilner House in Kennington was occupied early in 1981 in protest against the sales by the GLC. Squatters remained until the High Court granted a possession order and were eventually evicted by Special Patrol Group'.From 'As Safe...As Houses', an exhibition on short-life housing in Lambeth put together in 1981 by Julian Quan with photographs by Peter Murphy. Ref: IV 319/2/1