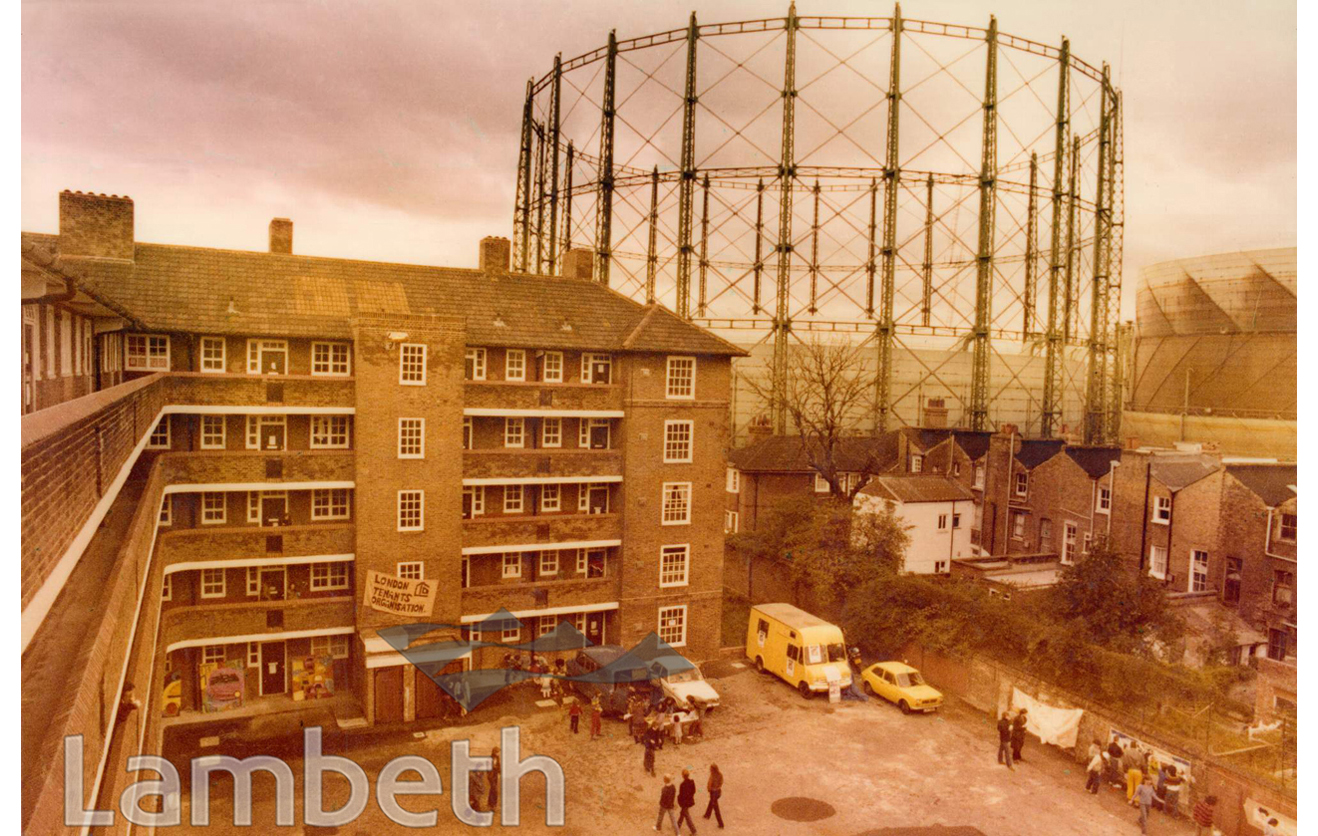 A protest occupation at Kilner House in Clayton Street, Kennington. Image titled; 'Squat Against Sales' and captioned 'The Squat Against Sales Campaign was directed at the GLC's policy of selling off Council houses, at discount prices to private buyers'. Kilner House was occupied early in 1981 and the squatters remained until the High Court granted a possession order and they were evicted by Special Patrol Group.From 'As Safe...As Houses', an exhibition on short-life housing in Lambeth put together in 1981 by Julian Quan, photographs by Peter Murphy. The panels were salvaged following the closure in 2003 of Lambeth Federation of Housing Co-ops, at one time the support organisation for over 40 co-ops.
#1976 to date  #Carlton Mansions Archive  #COMMERCE AND INDUSTRY  #HOUSING  #KENNINGTON  #People  #Photograph  #POLITICS  #TRADE
⇐ST AGNES PLACE ...