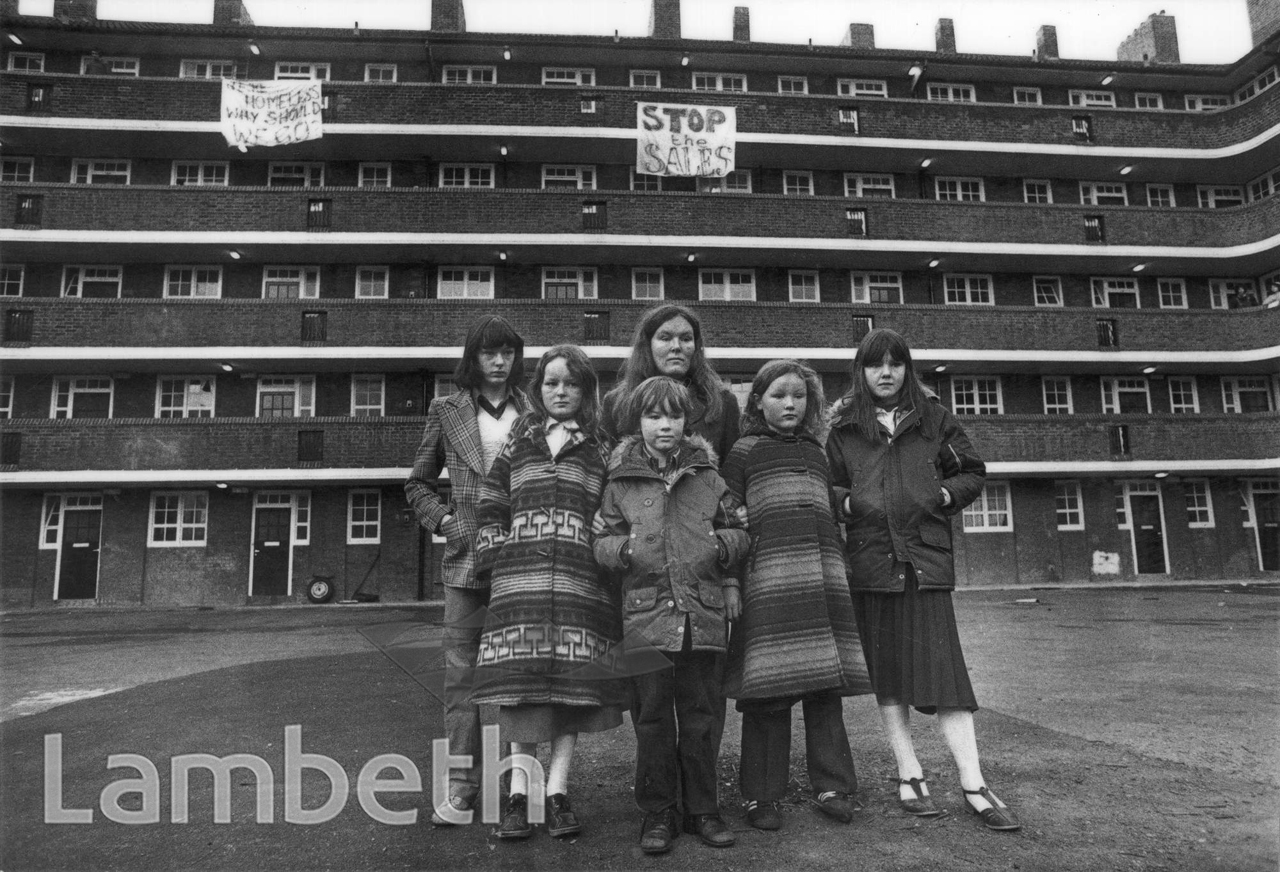 A mother and children protesting at Kilner House, Clayton Street, Kennington. Image captioned; 'Kilner House in Kennington was occupied early in 1981 in protest against the sales by the GLC. Squatters remained until the High Court granted a possession order and were eventually evicted by Special Patrol Group. Incoming Labour GLC in May 1981 elected on promise of halting all GLC sales, but the outgoing Tories had tried to tie up sales legally by setting up Estate Management Companies which signed contracts with private buyers'.From 'As Safe As Houses', an exhibition on short-life housing in Lambeth put together in 1981 by Julian Quan with photographs by Peter Murphy.
#1976 to date  #BUILDINGS / ARCHITECTURE  #Carlton Mansions Archive  #HOUSING  #KENNINGTON  #People  #Photograph  #POLITICS
⇐CARLTON MANSION...