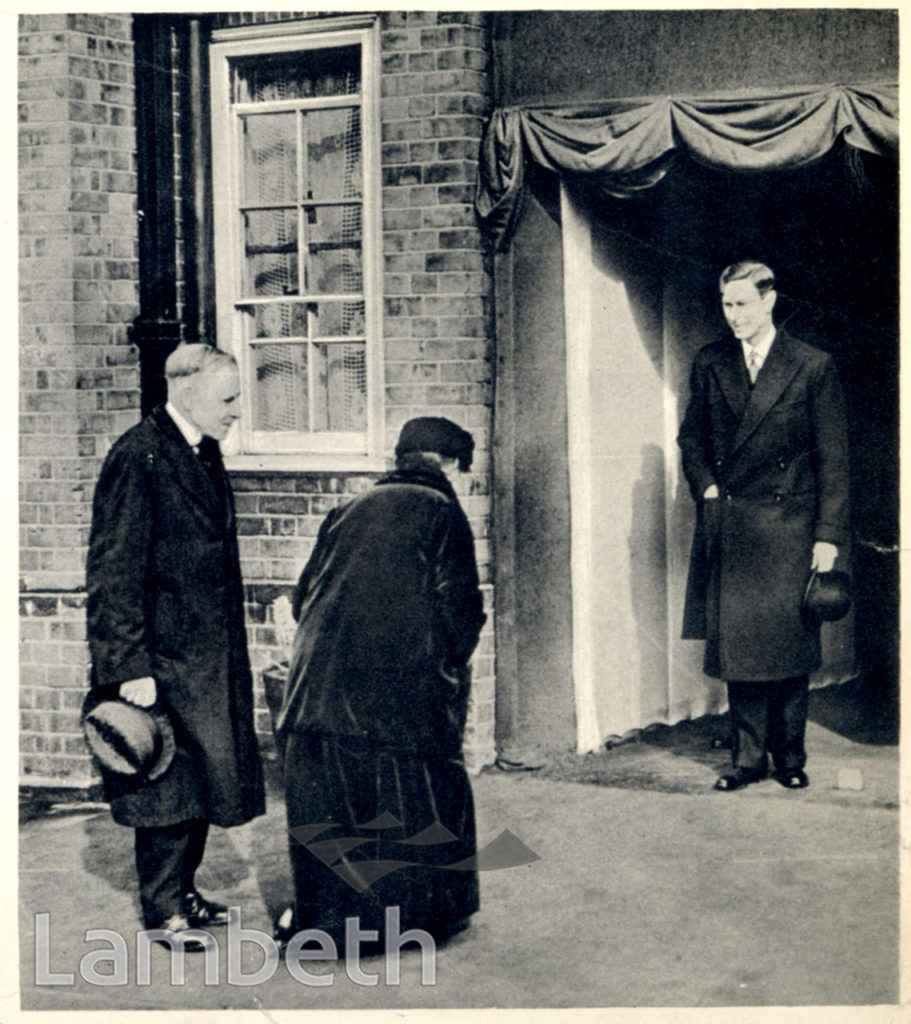 The King's visit to the Duchy of Cornwall estate commemorating the 600th anniversary of the Duchy's charter granted by Edward III to Prince Edward, his son, the Black Prince, Duke of Cornwall, on March 17th 1337. His Majesty stood under a decorated arch at Denny Crescent while seventy-five senior tenants filed by. Photograph and article published in the Illustrated London News, March 27th 1937.Ref: LBL/DAS/RL/1/2/5 p.91