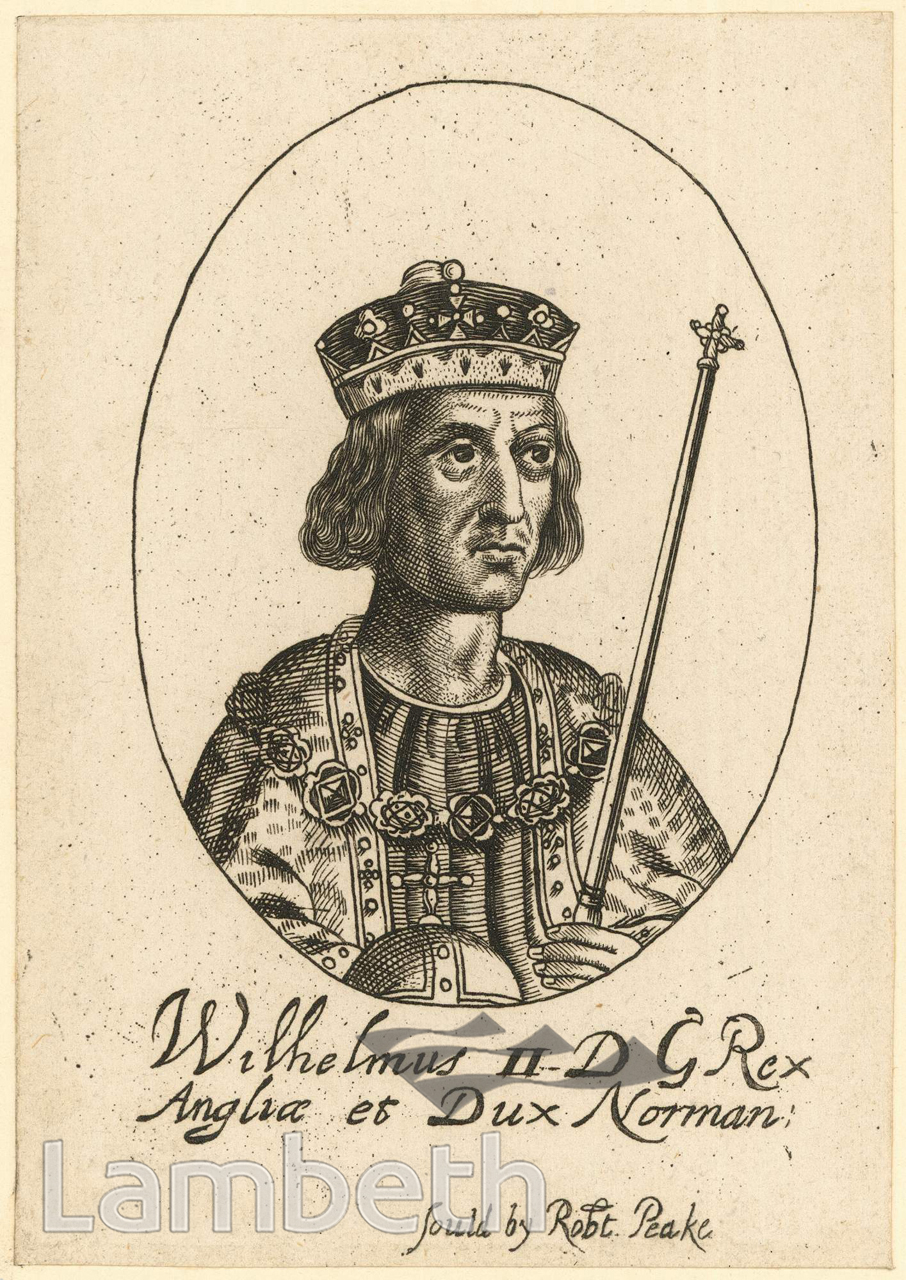 William II was the son of WIlliam the Conqueror and owned the Manor of Lambeth. It is claimed that St Mary's had become a rich ecclesiastical centre when it was given to the monks of Rochester in 1088. Records state they took away a gold and silver shrine, Gospel books, rich crucifixes and other ornaments formerly owned by Countess Goda, the sister of Edward the Confessor, who founded St Mary's.Etching by Sir Robert Peake, probably after William Faithorne, from 'History & Antiquities of Lambeth Palace'.
#-Before 1850  #Engraving  #LAMBETH  #People
⇐ARCHBISHOP THOM...