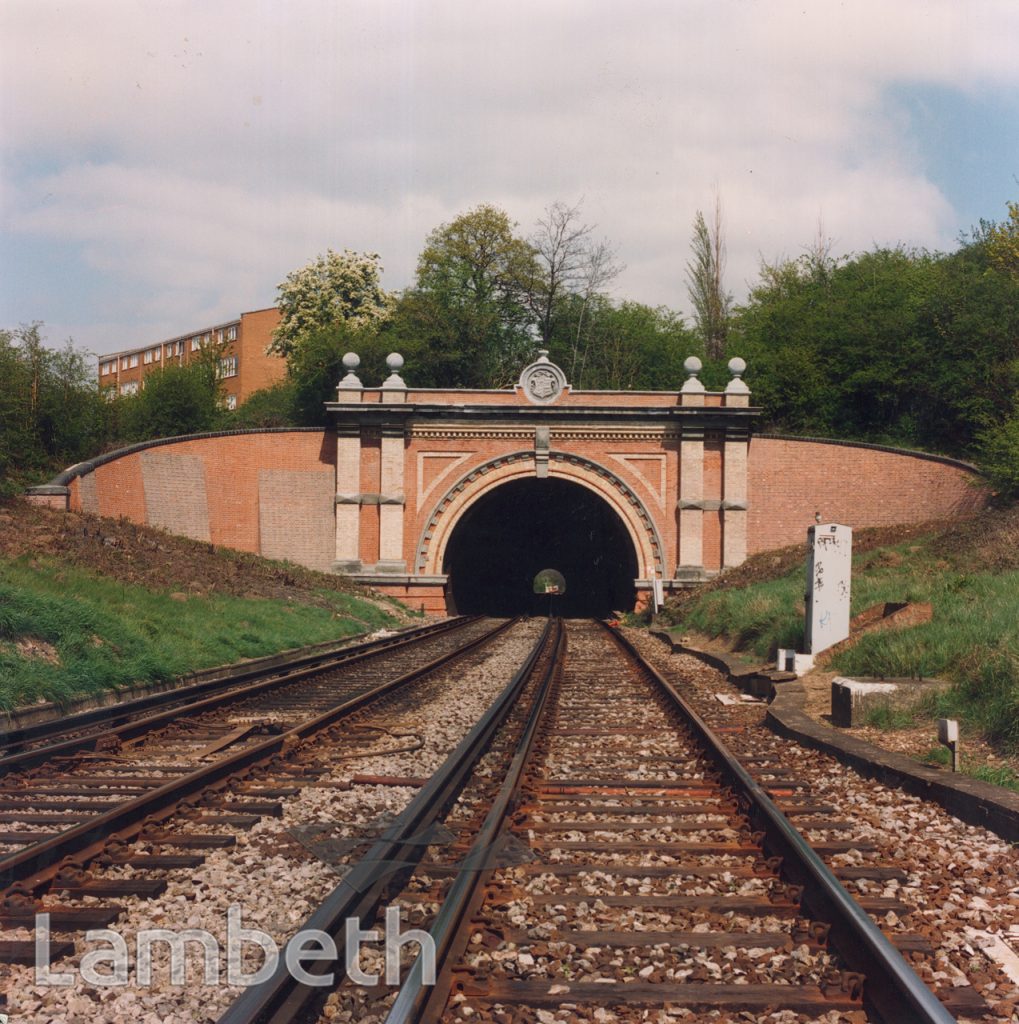 The newly-restored entrance to Knight's Hill railway tunnel. The tunnel was built in 1866-68 to the designs of Robert Jacomb-Hood by the London, Brighton & South Coast Railway. From the former British Railway Board, dated 16th April 1991. Ref: 2001/1