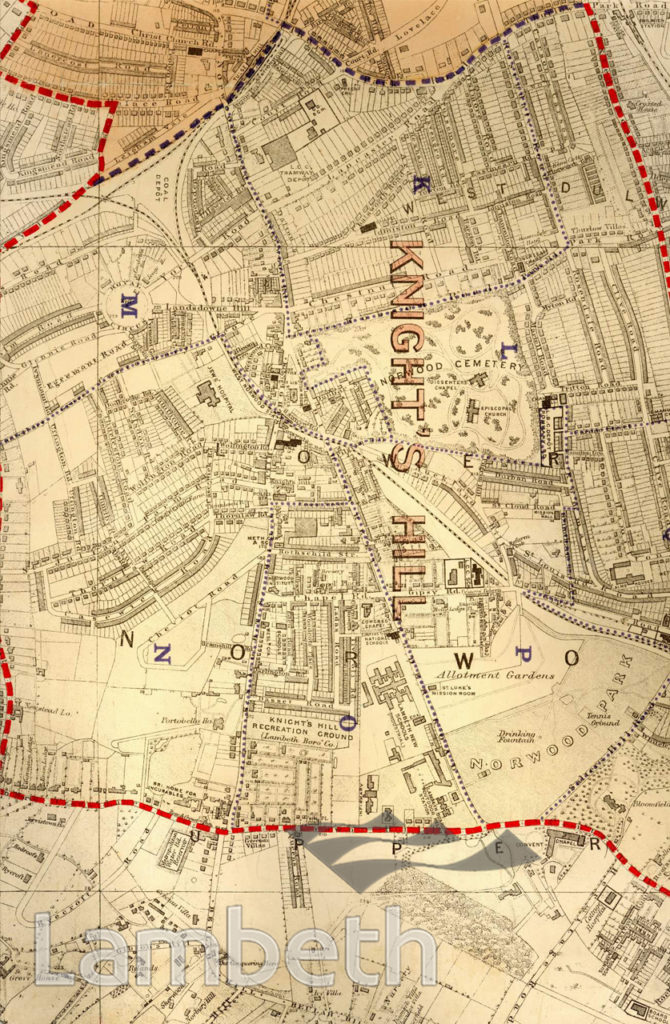 At the centre of the Knight's Hill ward lies Norwood Cemetery, dating from 1837 and containing the graves of many famous people including Sir Henry Tate, Sir Henry Doulton and Mrs Beeton. The Jewish Hospital, seen to its left, moved to this site from Mile End in1861 and ran a very successful hospital and orphanage until the orphans were evacuated during World War II. West Norwood Station lay on the line running south to Crystal Palace and north to Victoria and London Bridge, which had rapidly changed the area from rural to suburban, with the addition of many new roads and houses. Norwood Park, opened in June 1911 by the LCC, occupied a portion of the great North Wood which gave the district the name of Norwood. Extracts from the map of the Metropolitan Borough of Lambeth showing the wards, parliamentary divisions and subdivisions into poling districts, 1918.Ref: 2/1918/MF