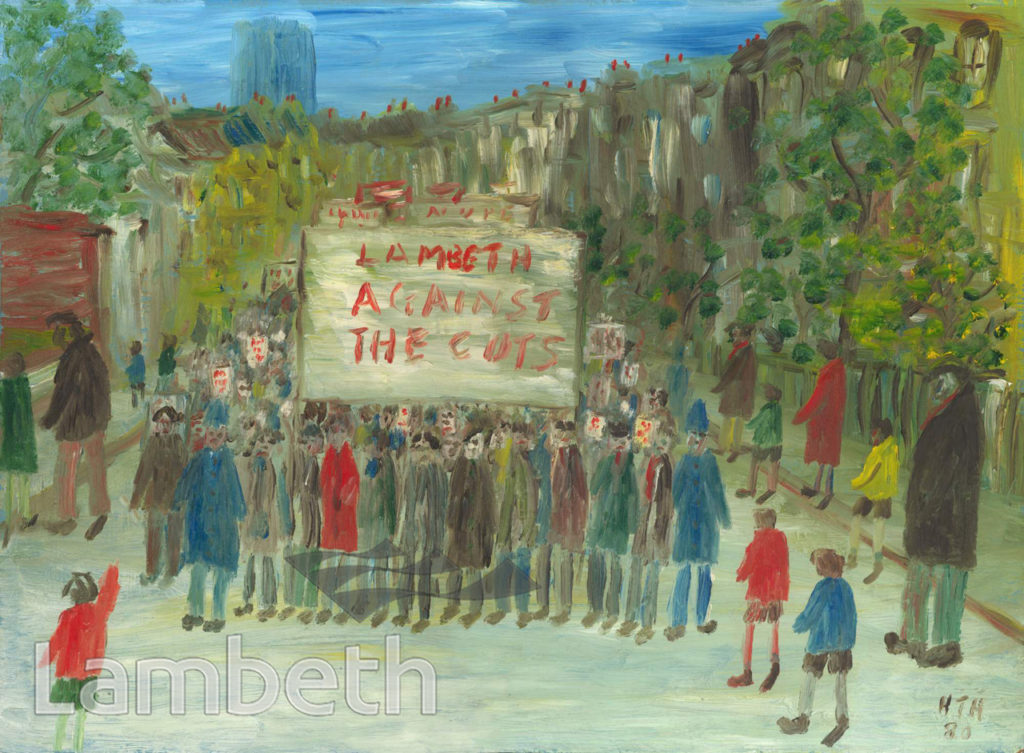 A painting titled 'Lambeth Against the Cuts', 1979-80, recording one of a series of protests which took place to fight proposed cuts via rate capping, imposed on the Borough by central government. Oil on board by Harry Harmer of Oakden Street, SE11.Ref: LF15