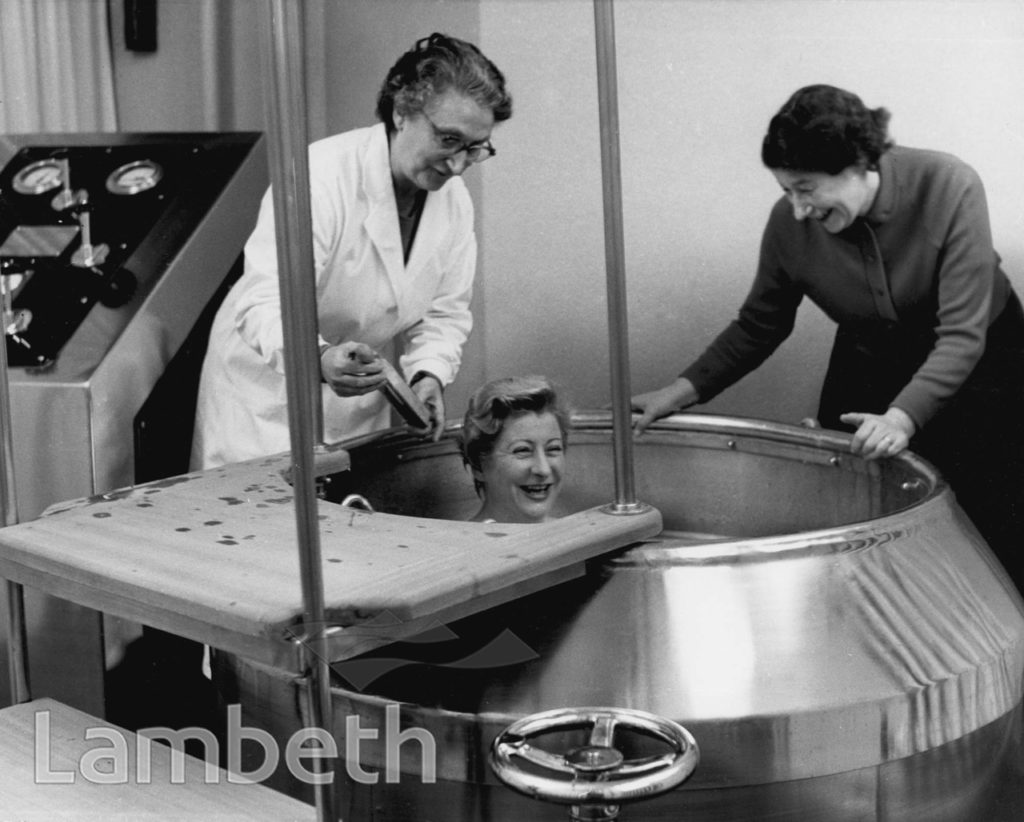 An Aerotone bath in use at Lambeth Baths, photographed shortly after the opening in January 1958. The bath was considered therapeutic for rheumatism and poor circulation. Two tubs were installed, each costing Â£1,400. The baths in Lambeth Walk were originally opened to provide bathing and laundry facitilies for those without them in their homes. The Baths were converted in the 1990s into the Lambeth Walk Group Practice providing healthcare for local residents.Ref: SP12/537/10