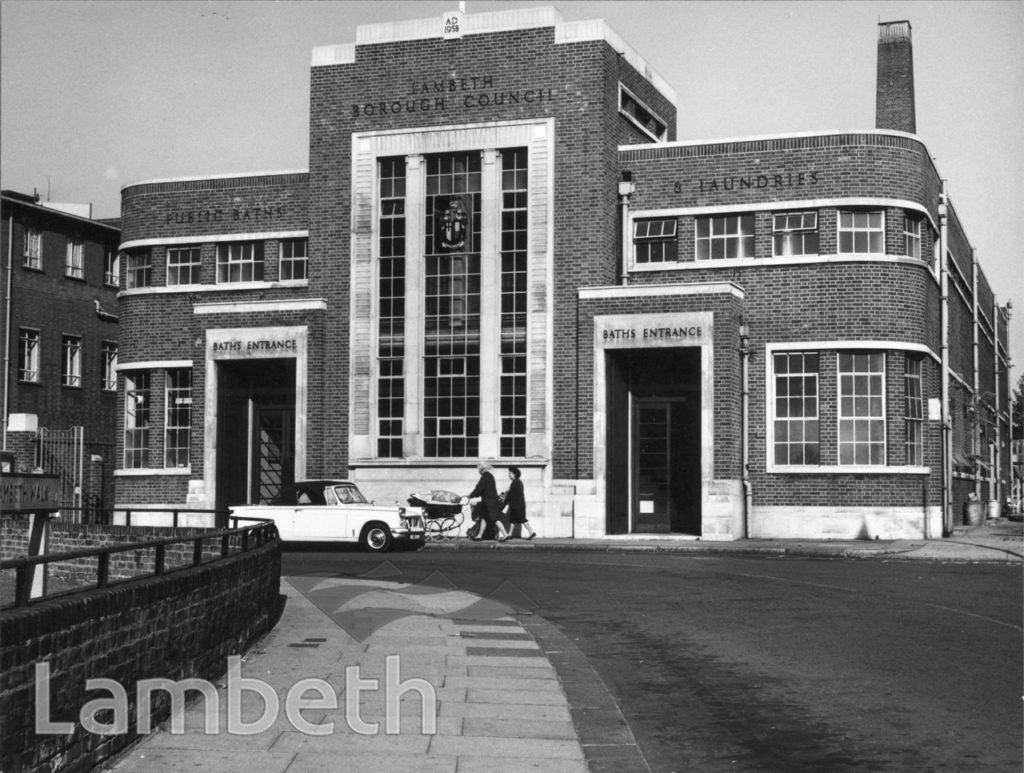 Lambeth Baths in Lambeth Walk were originally opened in 1958 to provide bathing and laundry facitilies for those without them in their homes. They replaced an earlier building on the corner of Lambeth Road and Kennington Road which was damaged by a V2 rocket in 1945. The Baths were converted in the 1990s into the Lambeth Walk Group Practice and provides healthcare for local residents.Phototgraph by M.D.Trace, dated October 1965.Ref: SP12/537/6