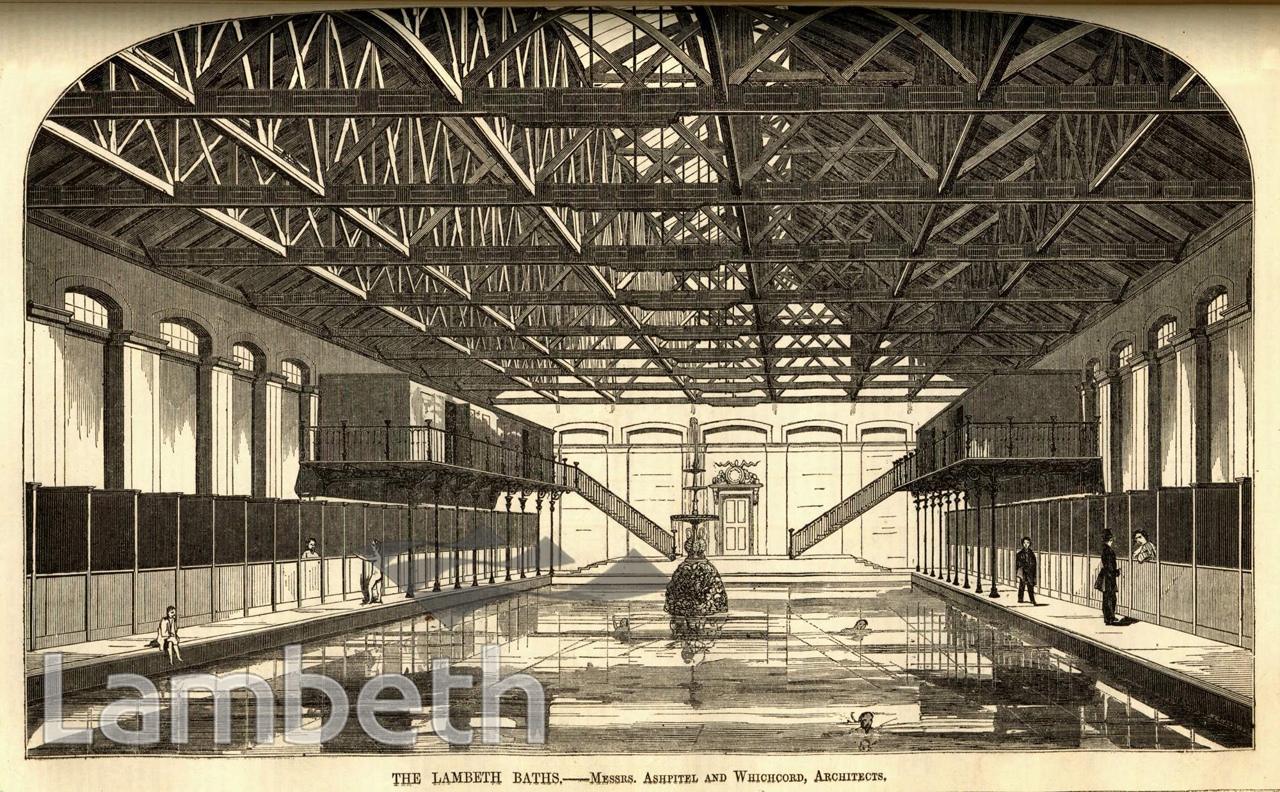 A view of the first-class swimming pool at Lambeth Baths and Washhouses at 156 Westminster Bridge Road. As Lambeth Vestry had declined to carry out the Public Washhouses Act, the baths were built in 1853 by a private company and were considered then the largest establishment of their kind. They included first & second class swimming pools and slipper baths, although women were not permitted to swim in the pools. The cost of a swim was 6d for the first class pool and 3d for second class, baths were from 1s for hot first class, to 3d for a cold bath.Engraving from The Builder, Vol.11, 8 October 1853.
#1850 - 1875  #BUILDINGS / ARCHITECTURE  #Engraving  #HEALTH  #RECREATION AND LEISURE  #SPORT  #WATERLOO
⇐SURREY LODGE DW...