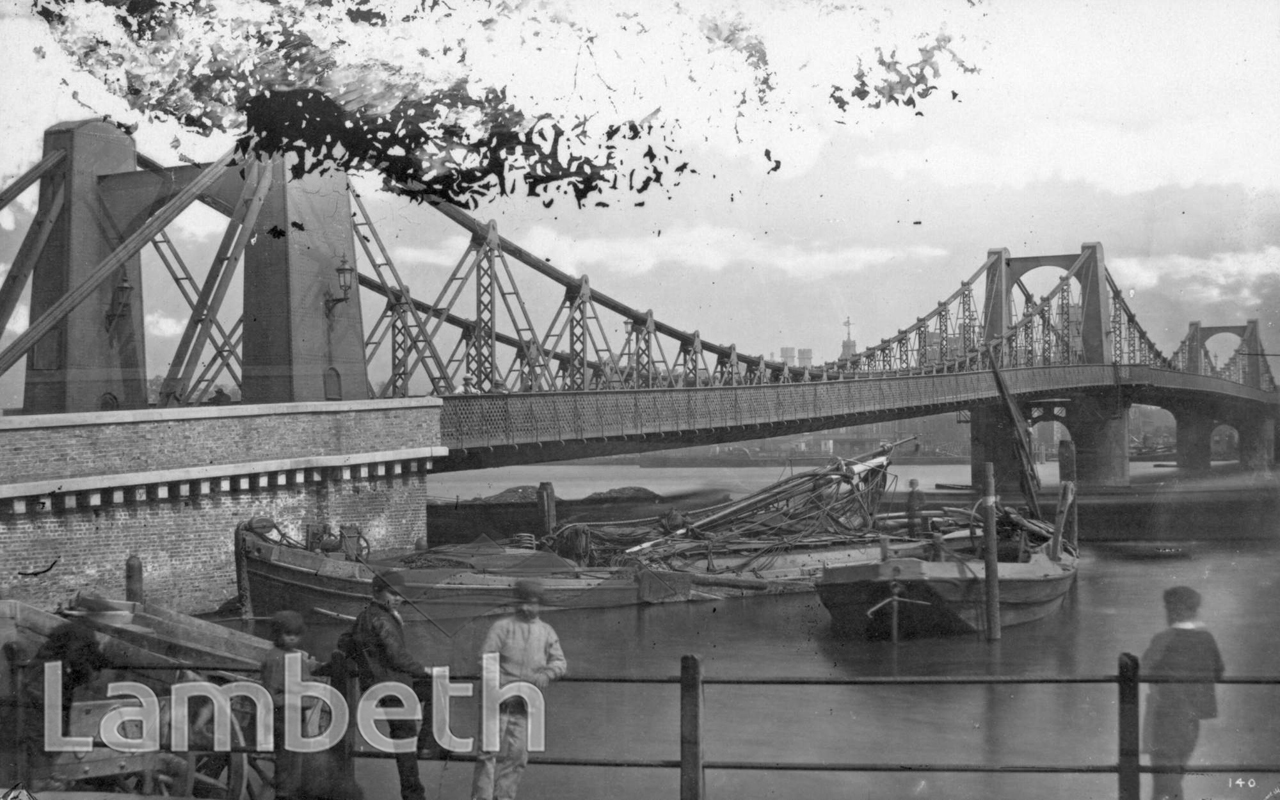 Built by the engineer Peter W. Barlow, Lambeth's iron suspension bridge was the largest of its type then in the country and the first bridge across the Thames at Lambeth. The bridge opened on 10th November 1862 but was later purchased by the Metropolitan Board of Works in 1879 to be made toll-free. It was replaced by the present bridge, which was constructed 1929-32 and designed by Sir Reginald Blomfield. The view here across the Thames is from Millbank.
#1850 - 1875  #BRIDGES  #BUILDINGS / ARCHITECTURE  #LAMBETH  #Photograph  #RIVERS AND WATERCOURSES  #Surrey   #TRANSPORT
⇐FESTIVAL OF BRI...