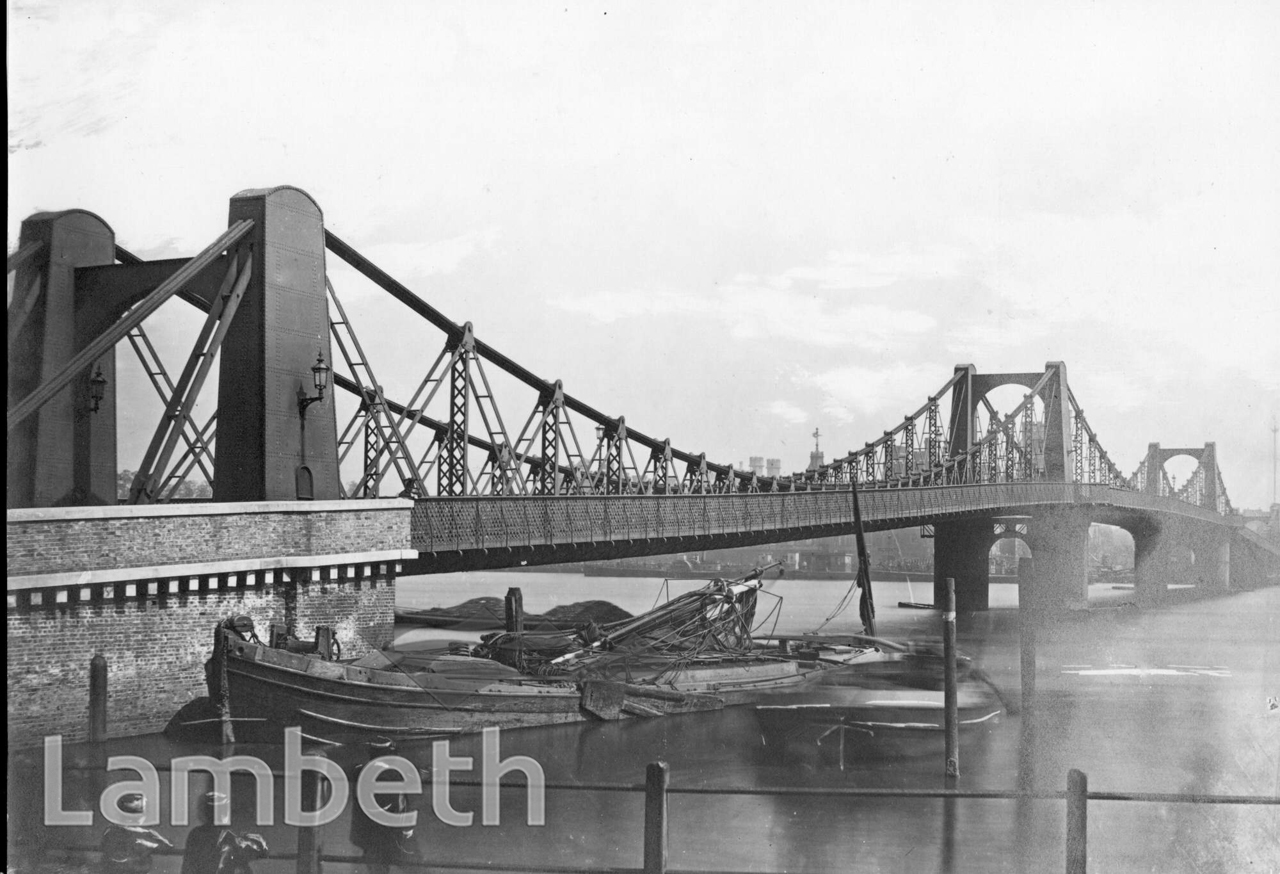 The old Lambeth Bridge looking east from the Westminster side. The bridge, built at a cost of Â£30,000 by the engineer Peter W. Barlow, was then the cheapest bridge across the Thames and the largest of its kind in Britain. It opened on 10th November 1862, but was demolished having been restricted to pedestrians by 1910 due to it's poor condition. It was replaced by the present bridge, which was constructed 1929-32 and designed by Sir Reginald Blomfield. The site was previously that of the old Horse Ferry and, according to legend, where St Peter crossed to consecrate the first Abbey at Westminster. The view here across the Thames is from Millbank. This photograph, dated 27th April 1866, was taken by William Strudwick (1834-1910) using the 'wet plate' method in a home-made portable studio.
#1850 - 1875  #BRIDGES  #BUILDINGS / ARCHITECTURE  #LAMBETH  #Photograph  #RIVERS AND WATERCOURSES  #Strudwick Photographer  #TRANSPORT
⇐BISHOP’S ...