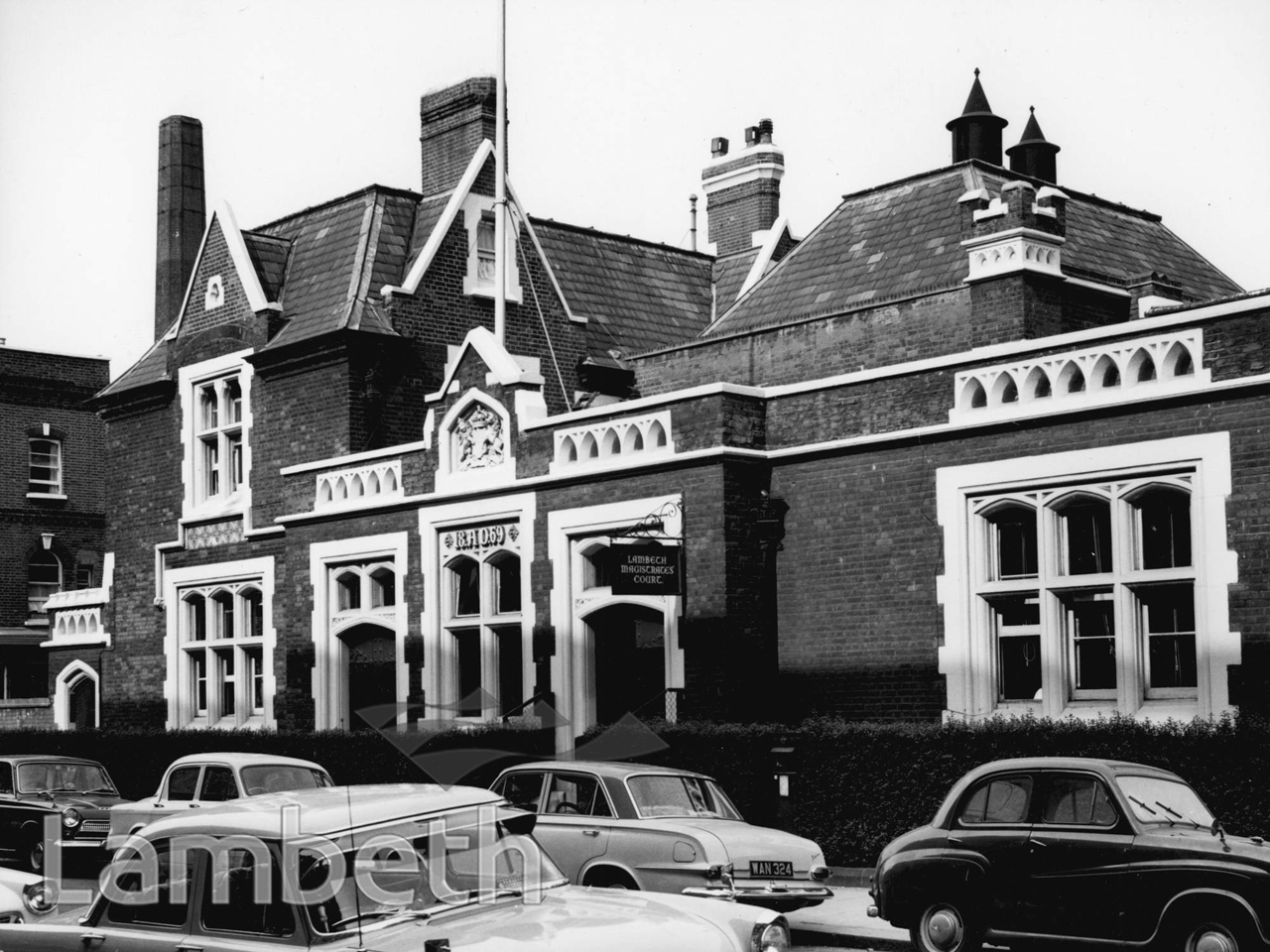 The Lambeth Magistrate's Court in Renfrew Road, Kennington. The Court was built in 1869 to the designs of the then Metropolitan Police Surveyor, Thomas Sorby. It remained as a Police Court for 100 years until the Camberwell Green Magistrates' Court opened and then becoming a maximum security court. The numerous high profile trials including that of the Kray Twins in 1968. It was restored by a Buddhist community and is now the Jamyang Buddhist Centre.Photograph by M.D.Trace, dated 5th May 1964.
#1951 - 1975  #BUILDINGS / ARCHITECTURE  #KENNINGTON  #LAW AND ORDER  #Photograph  #RELIGION
⇐BARCLAYS BANK, ...