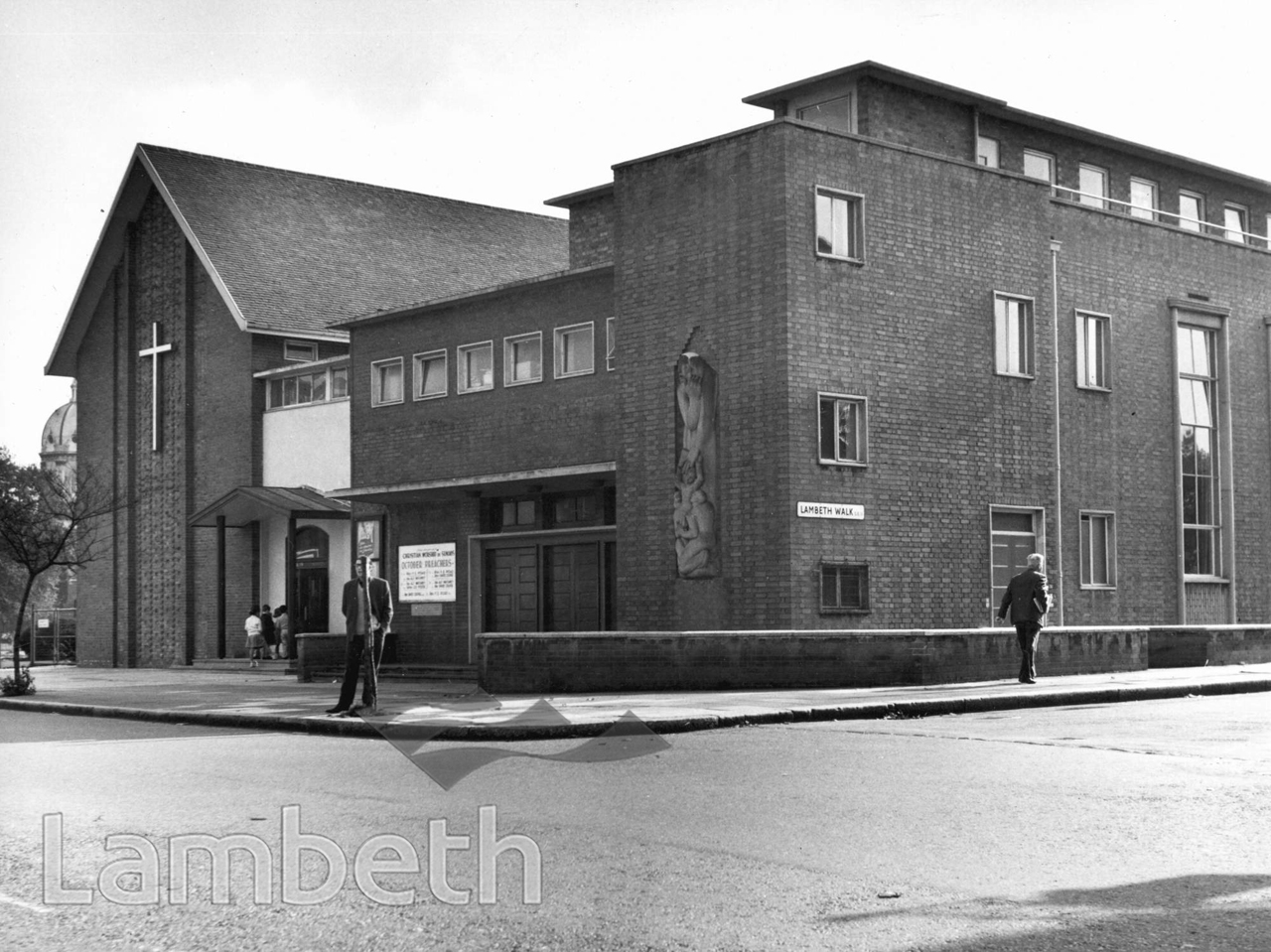 The Lambeth Methodist Mission on the corner of Lambeth Road and Lambeth Walk. This building was opened in 1951, replacing the original 1808 building which was destroyed by a V2 rocket in 1945. The statue, depicting the preaching of the word of God, was carved by Edward Copnall from bomb-damaged stone and placed on the front of the new Mission in 1951. Photograph by M.D.Trace dated October 1965.
#1951 - 1975  #BUILDINGS / ARCHITECTURE  #LAMBETH  #Photograph  #RELIGION
⇐LAMBETH METHODI...