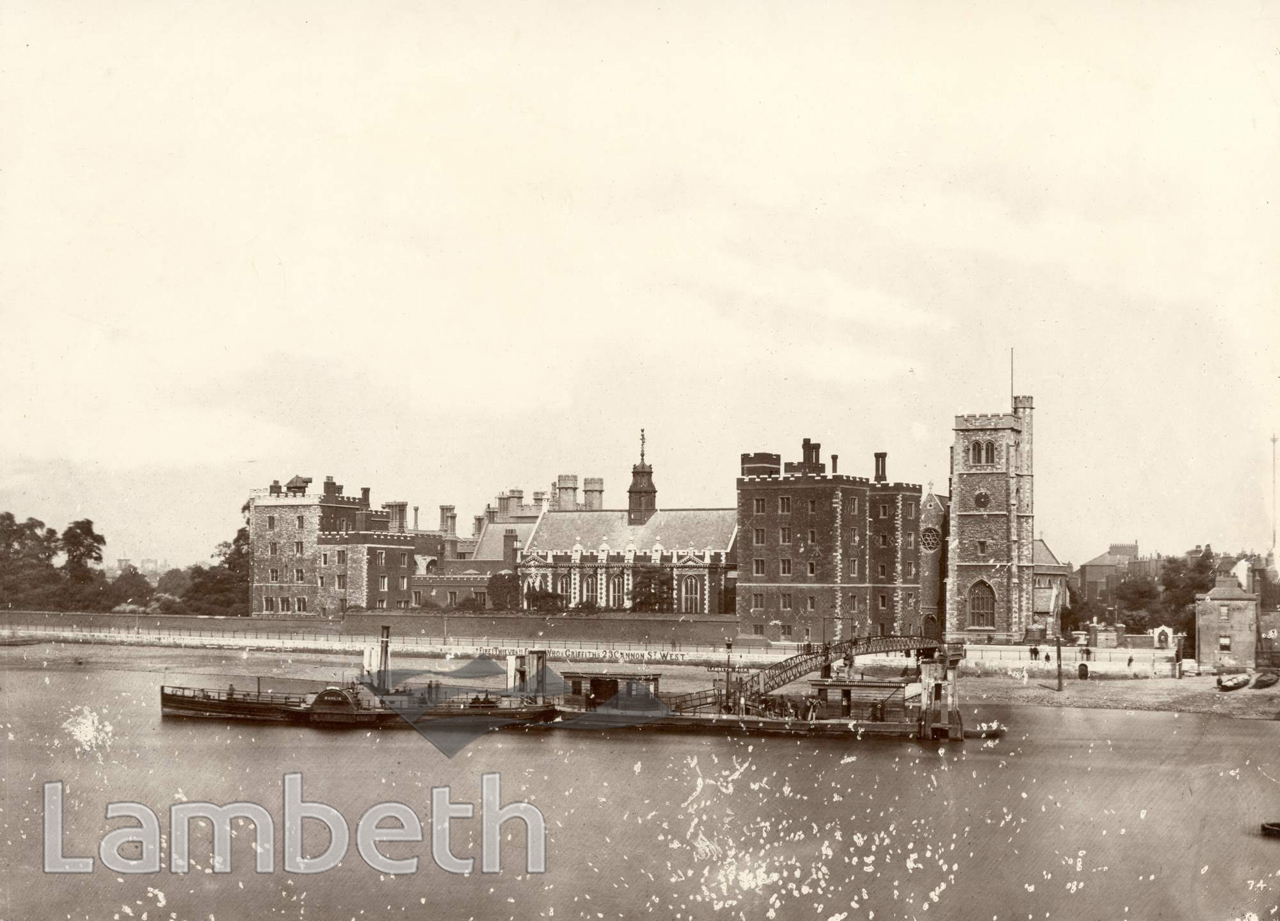 Looking across the Thames from Westminster to Lambeth Palace, St. Mary's church and Lambeth Pier. The Iron & Citizen Steamboat Company's passenger boat the 'Dahlia', is berthed at the pier. The riverside building on the right is Waterman's House, part of a charitable trust set up to benefit Lambeth's Watermen. In the 18th century the charity was administered from Lambeth Palace and a newspaper of 1768 recorded, 'Near 300 poor Watermen, Fishermen, &c. in the Parish of Lambeth, were relieved with 5s. 3d. each, by his Grace the Archbishop of Canterbury'. The building here was demolished during the construction of Albert Embankment. Photograph by William Strudwick.
#1850 - 1875  #BUILDINGS / ARCHITECTURE  #LAMBETH  #Photograph  #RELIGION  #RIVERS AND WATERCOURSES  #Strudwick Photographer  #TRANSPORT
⇐YORK WHARF, LAM...