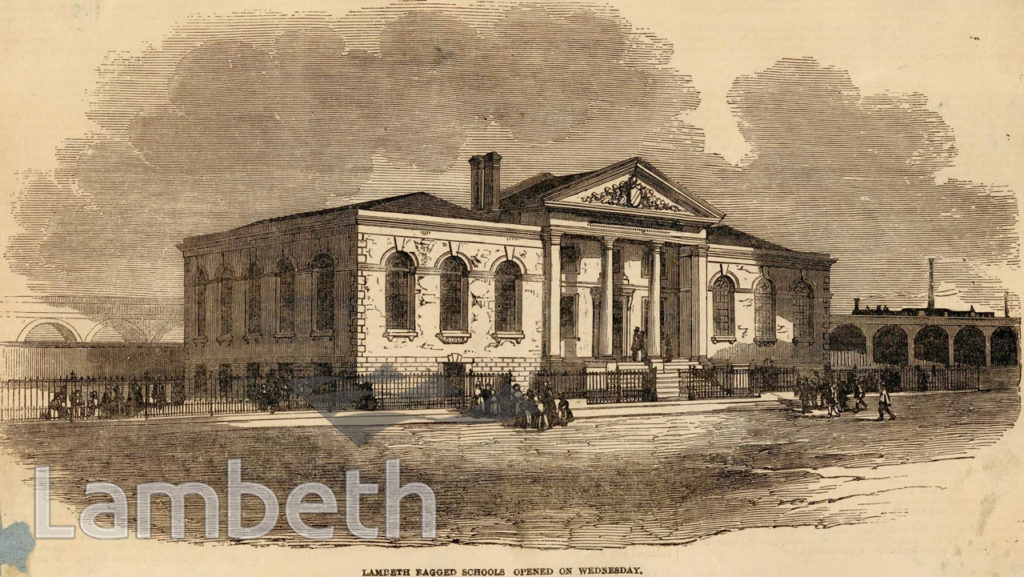 The Lambeth Ragged School on Doughty Street (now Newport Street), Lambeth. Rebuilt by Henry Beaufoy in 1851 as a memorial to his wife who had taken an interest in the school when it was held in one of the railway arches seen in the background. The plaque above the door (now placed on the Beaufoy Institute in Black Prince Road) stated: 'They that teach young babes, do so with gentle means and easy tasks'. Engraving from the Illustrated News of Landon, 8 March 1851.Ref: SP12/71/RAG.2