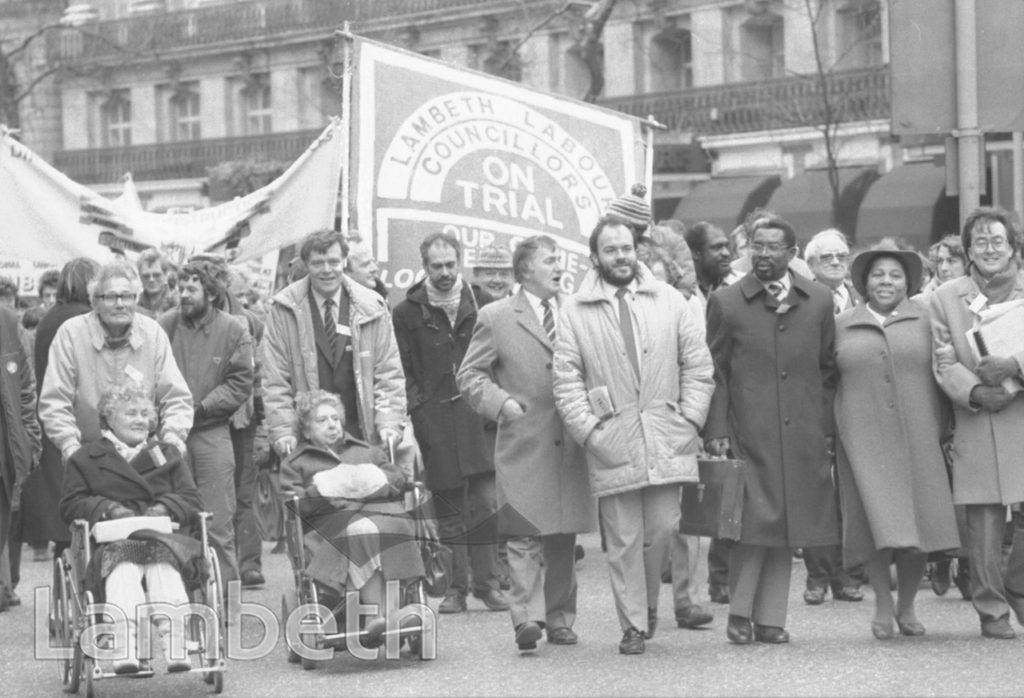 A protest march in the Aldwych heading towards the Royal Courts of Justice. The march supported the Lambeth Council Labour members who were removed from office and surcharged for not setting a rate. In the centre of the group is Ted Knight, who was the council leader.From Public Relations photographs.Ref: 2005/1/5 PR Photos