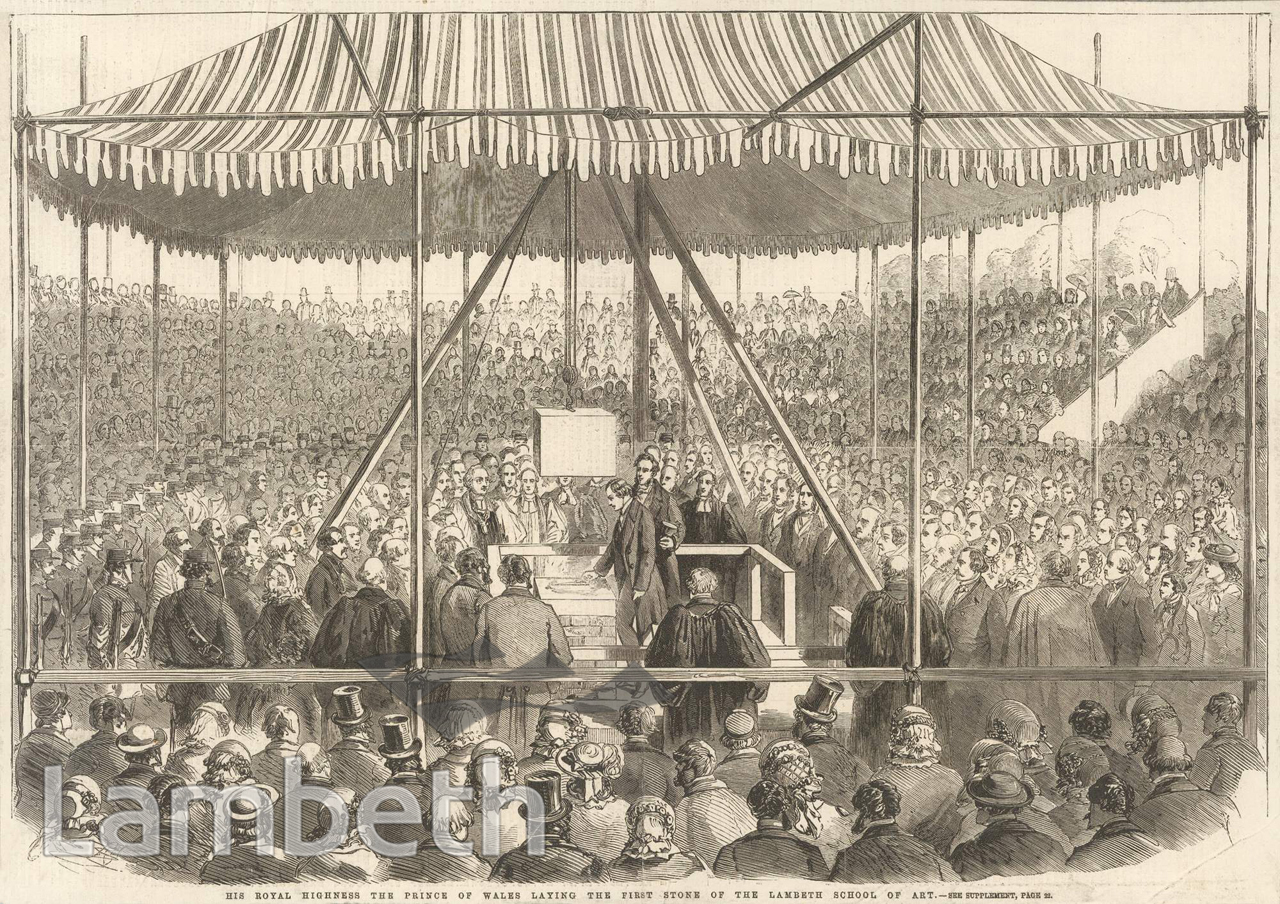 The Prince of Wales laying the foundation stone of the Lambeth School of Art in St Oswald's Place, Vauxhall. The school became one of some renown, particularly because of the connection with nearby Doulton potteries. The building was designed by Mr J.L.Pearson in a 13th century style, although the committee made sure the funds were 'not frittered away in useless ornament'. The site was once a portion of Vauxhall Gardens. Those attending the ceremony included the Archbishop of Canterbury, Mr Roupell MP and Henry Cole.Printed from 'The Illustrated London News', dated 7th July 1860.
#1850 - 1875  #CELEBRATIONS AND EVENTS  #EDUCATION  #FESTIVALS  #People  #Print  #VAUXHALL
⇐CANTERBURY MUSI...