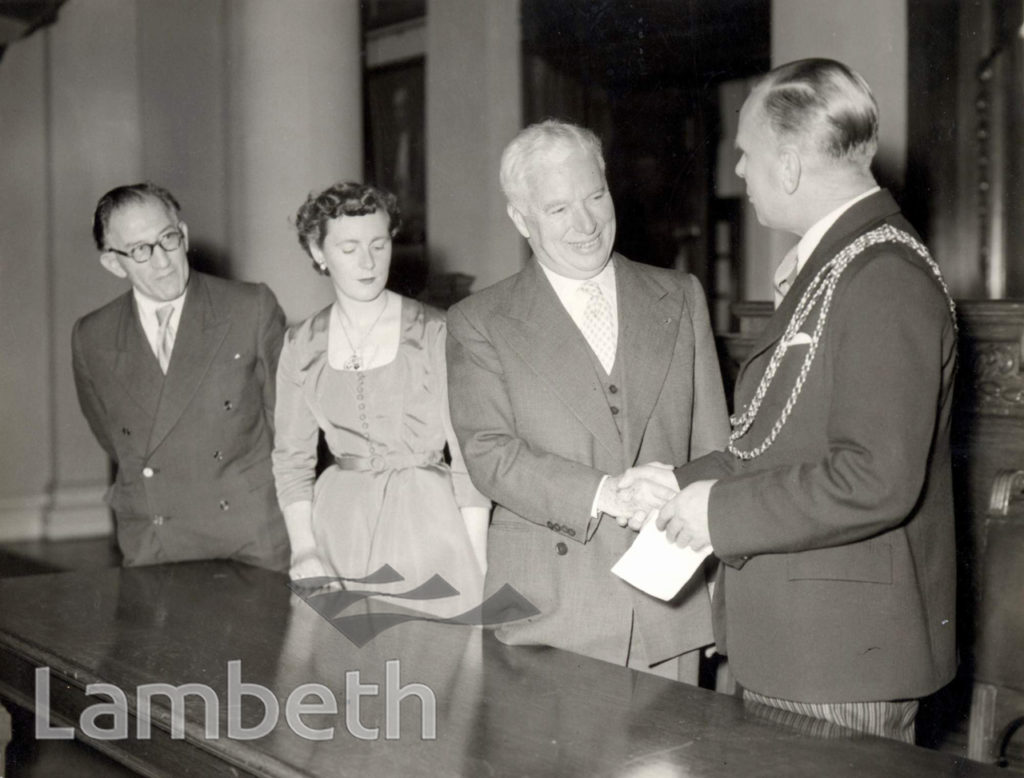 Charlie Chaplin's visit to Lambeth Town Hall. Seen here presenting a cheque for Â£ 2000 on the 18th October 1954, to Mayor Cllr. H. N. White. The money was part of the World Peace Council prize he was awarded that year, which he donated to the poor in Paris and Lambeth. Ref: LBL/CE/PR/2/124j