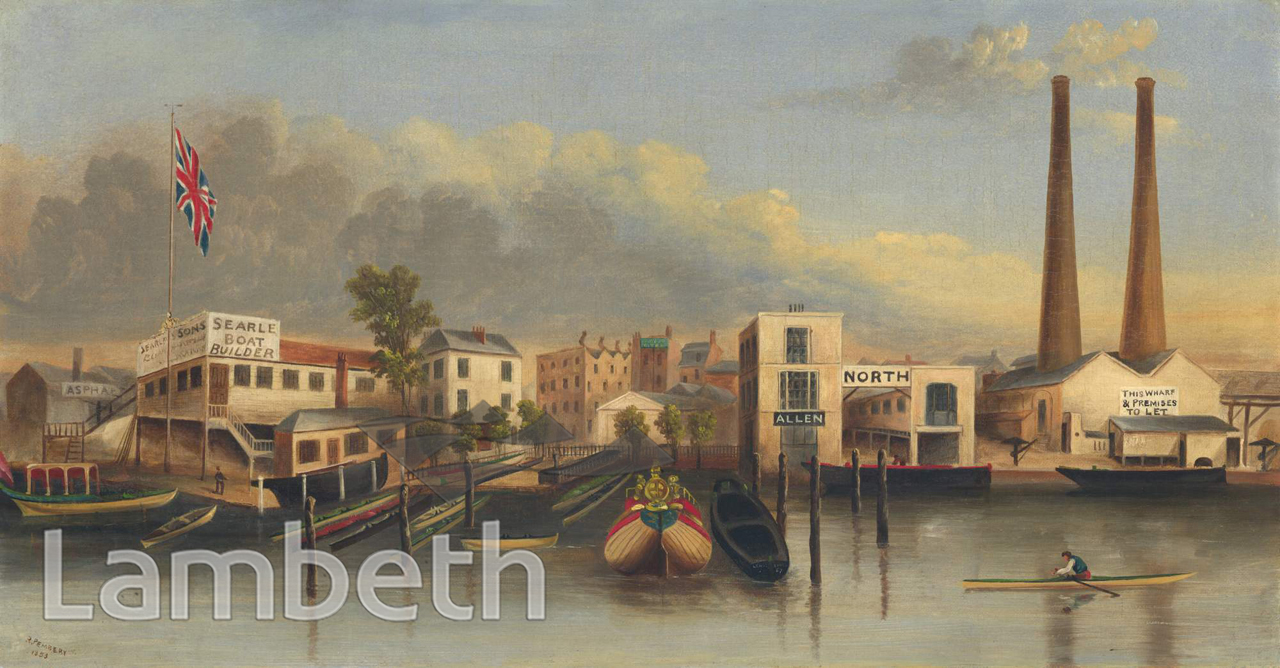 A view east of the boat builders' yards and barges lining the Thames foreshore near Stangate, Lambeth. Searle's boatyard on the left was probably the most notable in Lambeth at this time. Adjoining are premises belonging to Allen and to the right, North. The bargehouses were also used by royalty and City livery companies to house their ceremonial barges. Digitally enhanced oil painting by R. Pembury, dated 1853.
#1850 - 1875  #LAMBETH  #Oil Painting  #RIVERS AND WATERCOURSES
⇐CYPRIOT COUPLE,...