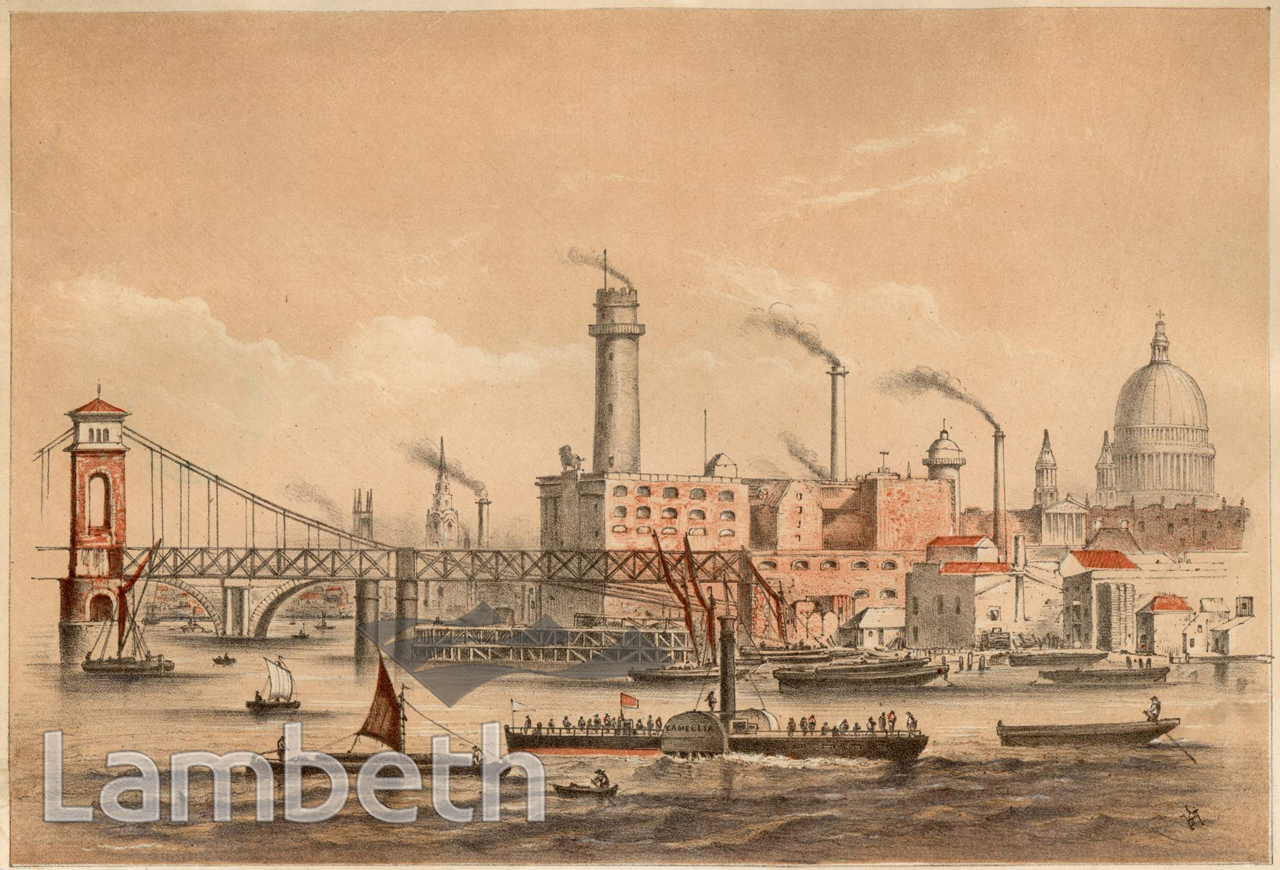 The Lambeth foreshore seen from Westminster showing the Shot Tower and the Lion Brewery (centre). The new railway bridge into Charing Cross is under construction, reusing piers of the Hungerford and Lambeth Suspension Bridge which was constructed by I K Brunel for foot passengers and officially opened on 18th April 1845. The bridge was converted into the Hungerford railway bridge in 1860-64.Lithograph after a drawing by Arthur Hawes.
#1850 - 1875  #BUILDINGS / ARCHITECTURE  #Lithograph  #RIVERS AND WATERCOURSES  #TRANSPORT  #WATERLOO
⇐MATTHEW PARKER,...