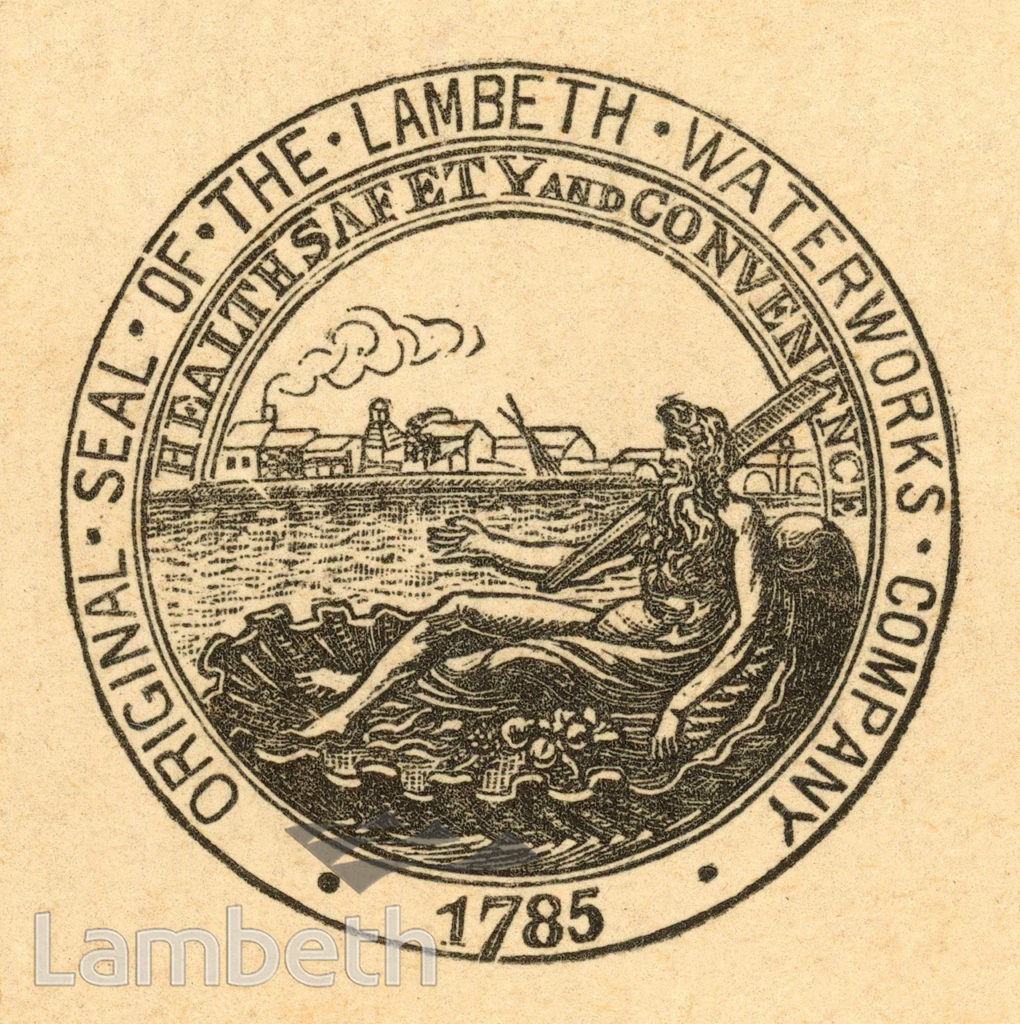 The original 1785 seal of the Lambeth Waterworks company featuring Old Father Thames. The company was founded on 25th April 1785 at Mr Gywn's house at Cuper's Bridge with a list of 629 houses to be supplied with water for domestic use and in the case of fire. In 1847 the quality of the water from the Thames at the intake adjacent to Hungerford Bridge was poor enough for the works to be relocated upstream to Seething Wells, Thames Ditton, with the new works opening in 1852. A second relocation, again due to quality issues with the supply, resulted in new works opening at West Molesey in 1874.From 'Centenary of Incorporation', 4th July 1885.Ref: 12/251