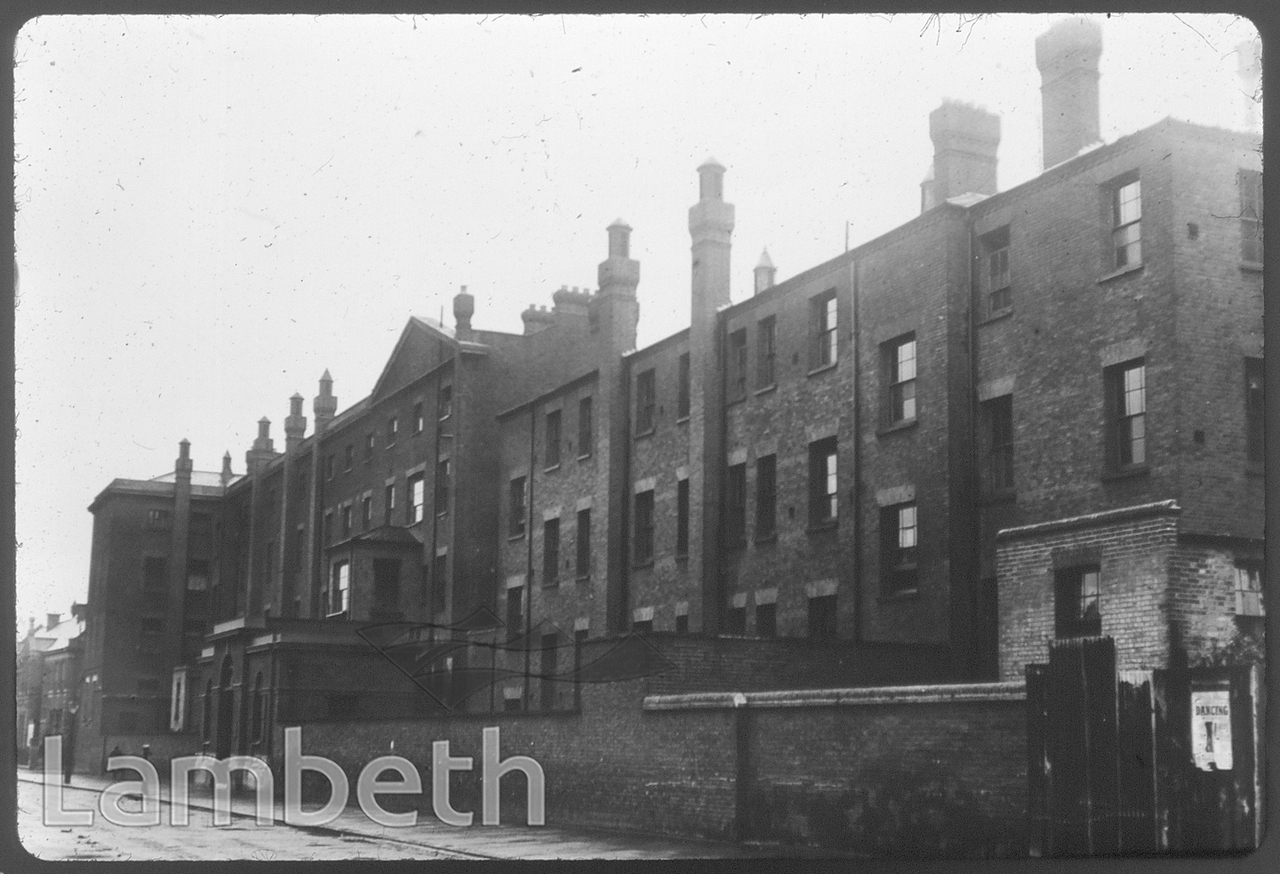 Lambeth Workhouse in Black Prince Road, Lambeth. The building was superceeded in 1873 by a new workhouse built in Renfrew Road, Kennington. However, by 1887 the number of inmates had outgrown the new building and it was decided to reconstruct the old workhouse to provide accommodation for 200 men and 150 women. This was done at a cost of Â£20,000 to the designs of Mr T.W.E.Aldwinckle. The Workhouse was closed in 1920 and supplies from it including 300 mattresses, were loaned for the relief of British refugees arriving from Russia. In 1921 it was rented to HM Office of Works but demolished about 5 years later. Transparency from PR Photographic Files.
#1901 - 1925  #LAMBETH  #Negative  #WELFARE AND SOCIAL INSTITUTIONS
⇐COSTERS’ ...