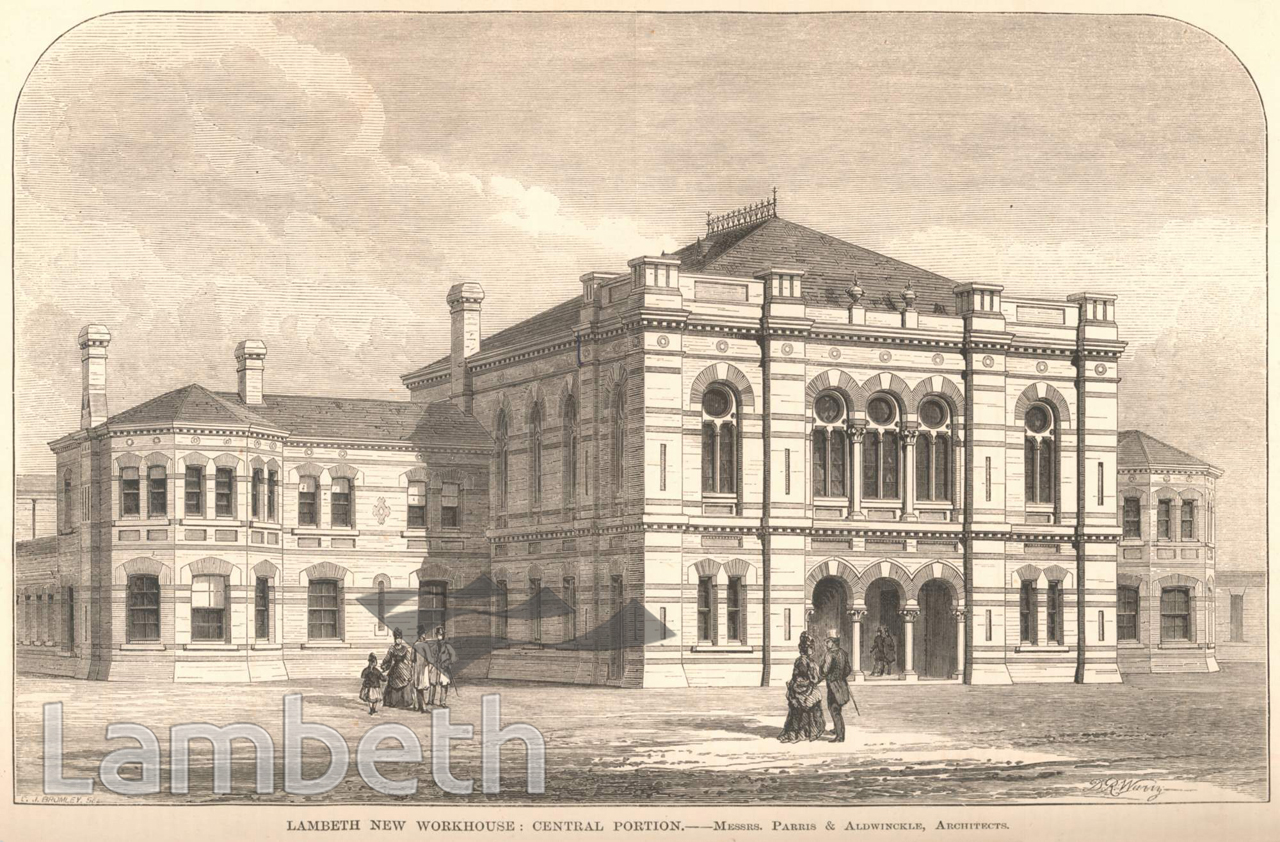 The new Lambeth Workhouse in Renfrew Road augmented the old workhouse in Prince's Street and was opened in 1873, at a cost of Â£64,000 to the designs of Messrs R Parris and T.W. Aldwinckle. It was designed for 820 inmates with the administrative block dividing the sexes. A contemporary report stated: 'A system of rigid classification has been carried out....the several classes in each sex are for aged, able-bodied of good character, and two subdivisions of able-bodied of bad character, together with accommodation for a limited number of boys and girls.' The out-door poor department had oakum and wood picking sheds, and hand corn-mills. The building in 1922 became Lambeth Infirmary/Hospital.
#1850 - 1875  #BUILDINGS / ARCHITECTURE  #Engraving  #KENNINGTON  #WELFARE AND SOCIAL INSTITUTIONS
⇐CRYSTAL PALACE ...