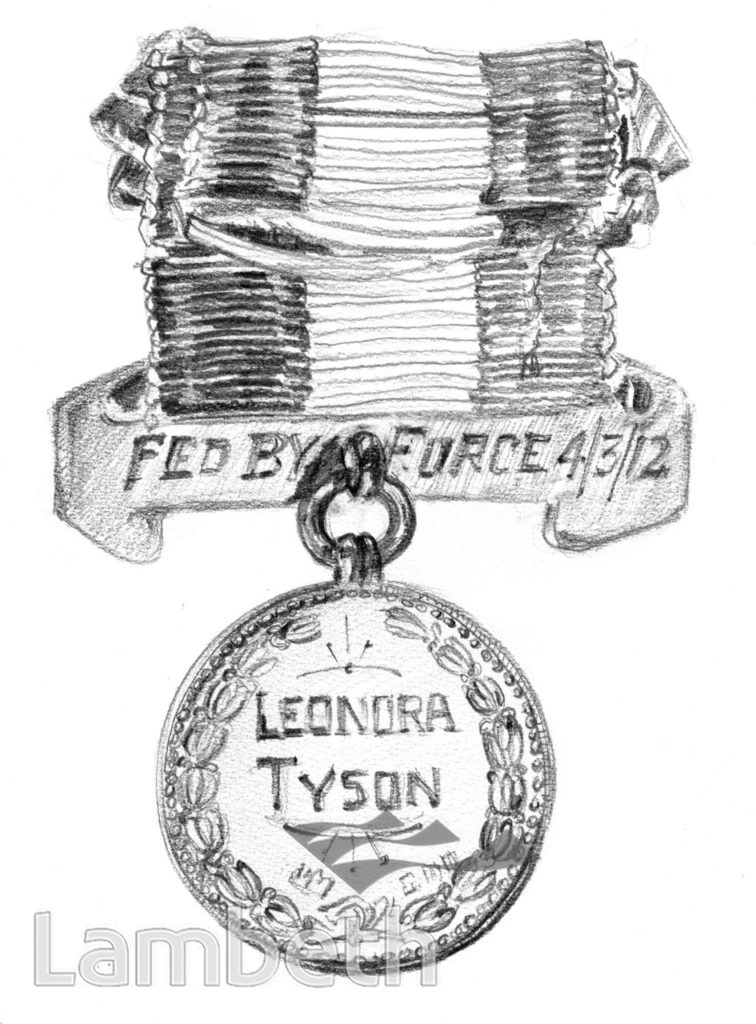 Women involved in the Suffragette movement who were force fed in prison were presented with medals for valour. This one was presented to Leonora Tyson, who suffered the indignity of being force fed on 4 March 1912 during her two month imprisonment at Holloway Prison.Pencil sketch by Nilu York (2004), based on an original photograph held at The Museum of London.Ref: SPd 3936