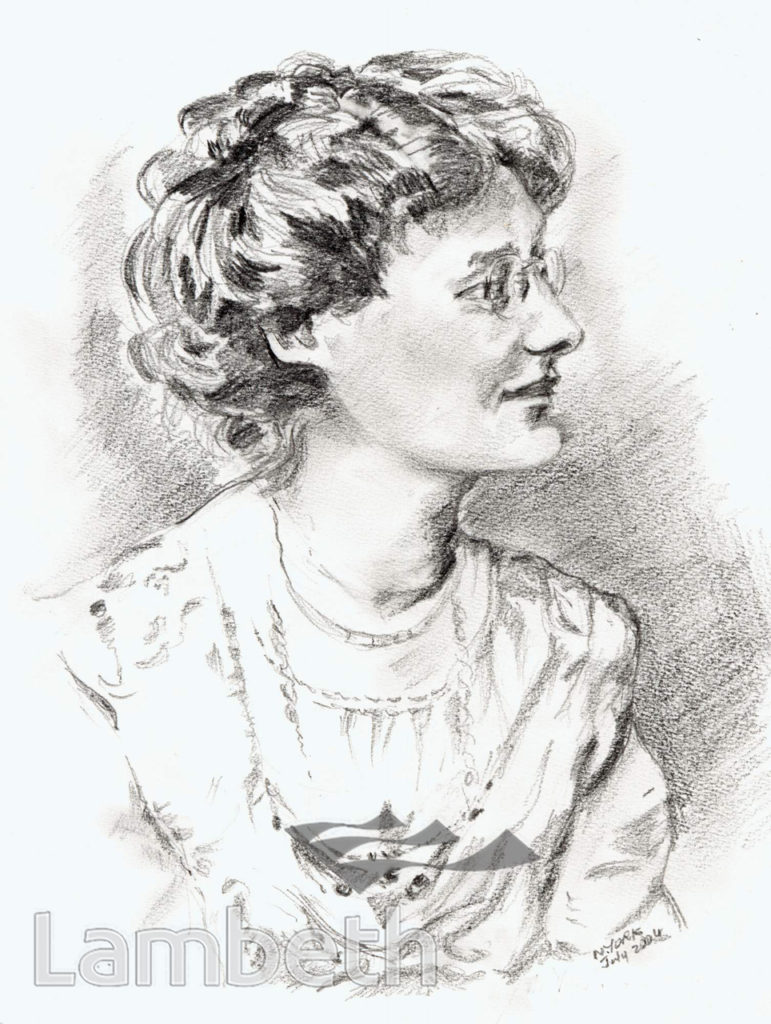 Leonora Tyson (1883-1959) moved to 37 Drewstead Road, Streatham, in 1908 together with her mother and sisters. She joined the Women's Social and Political Union (WSPU) that year and was actively involved in the Suffragette movement, organising meetings and taking part in demonstrations and deputations. In her fight for 'freedom, justice and the rights of women' she was arrested twice and even imprisoned at Holloway Prison for two months in 1912, where she went on a hunger strike and suffered the indignation of being force fed. In 1918 only women over thirty won the right to vote, however, even this stricture was removed in 1928.Pencil sketch by Nilu York (2004), based on an original photograph held at The Museum of London.Ref: SPd 3935