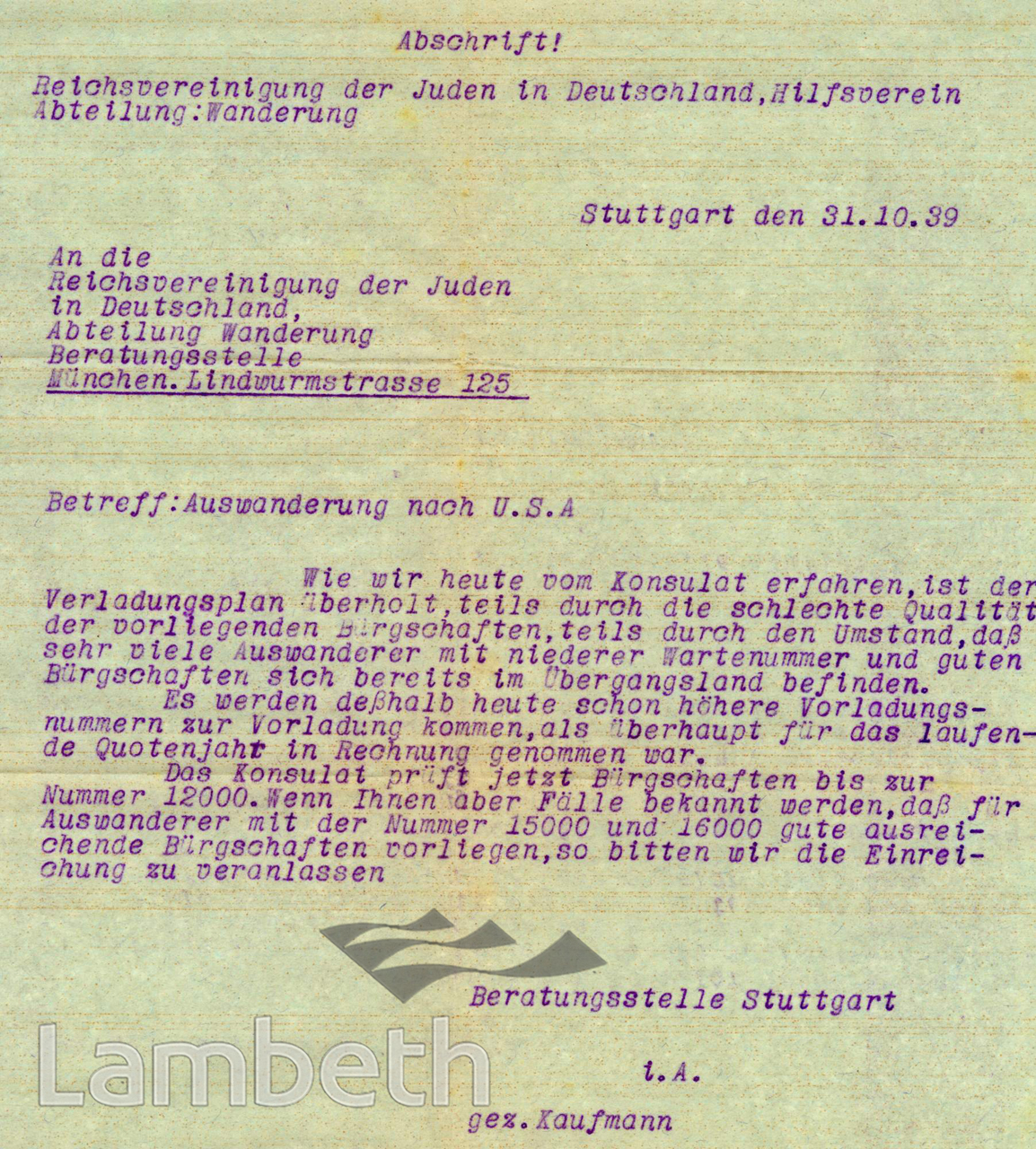 A letter from the Reichs Association of Jews in Germany, concerning quotas for emigration to the USA at the outbreak of World War II. It was found in 2005 amongst personal papers and photographs belonging to Herta Loebenstein discovered in the attic of a Herne Hill house in Half Moon Lane. Herta came from a German-Jewish family in Hannau and was sent by her family to a relative in Herne Hill just before war was declared in 1939. The papers shed some light on Herta's year spent in Lambeth as a refugee. Letters from her family in Germany and uncle in Rotterdam comment on the increasing pressure on Jews and their desperate attempts to find an escape route from mainland Europe. All these family members subsequently died at Auschwitz. On 13th September Herta died at Dulwich Hospital from injuries received when a bomb fell on her lodgings at 17 Half Moon Lane. She is buried in Camberwell Cemetery.From the Lambeth Archives Home Front project 2005.
#1926 - 1950  #GROUPS AND SOCIETIES  #Home Front Project 2005  #ORGANISATIONS  #RELIGION  #WAR AND ARMED FORCES
⇐REFERENCE REGAR...