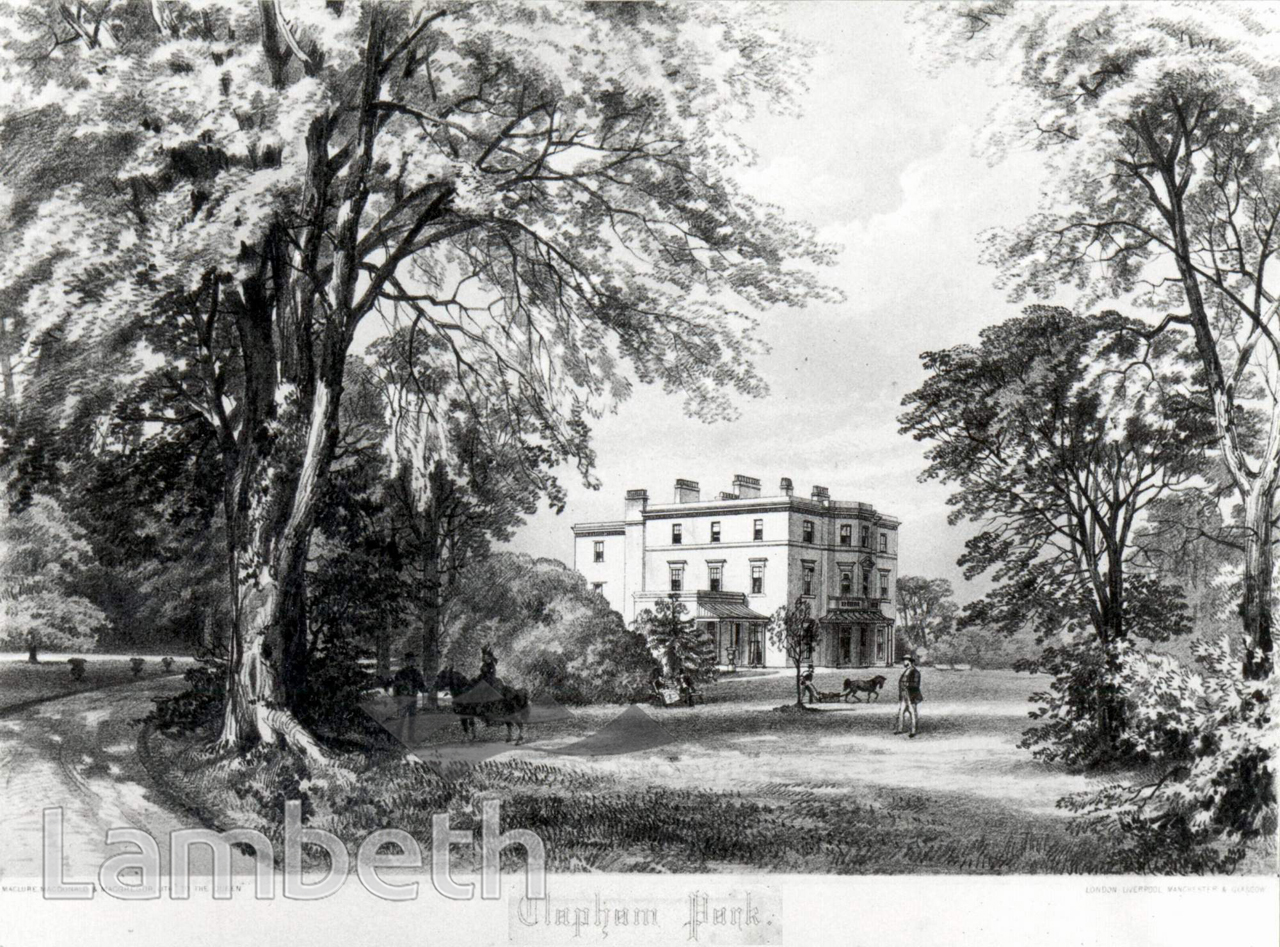 The developer and builder, Thomas Cubitt, laid out Clapham Park estate on the site of Bleak Hall Farm in 1825. He built new roads and marked out plots for large new houses and though the venture was not an immediate success by 1877 the area was one of the most important suburbs of South London. Lincoln House, seen here, was Cubitt's own family house, rebuilt and occupied between 1826 and 1851. Later the family residence of Dr. Isaac Seligman, the house was demolished in 1905 and replaced by Rodenhurst Road and the houses on the west side of Clarence Avenue. Lithograph by MACLURE, MACDONALD and MACGREGOR, lithographers to the Queen.
#1850 - 1875  #BUILDINGS / ARCHITECTURE  #CLAPHAM PARK  #CUBITT- Thomas  #HOUSING  #Lithograph  #OPEN SPACES
⇐SPRINGWELL HOUS...